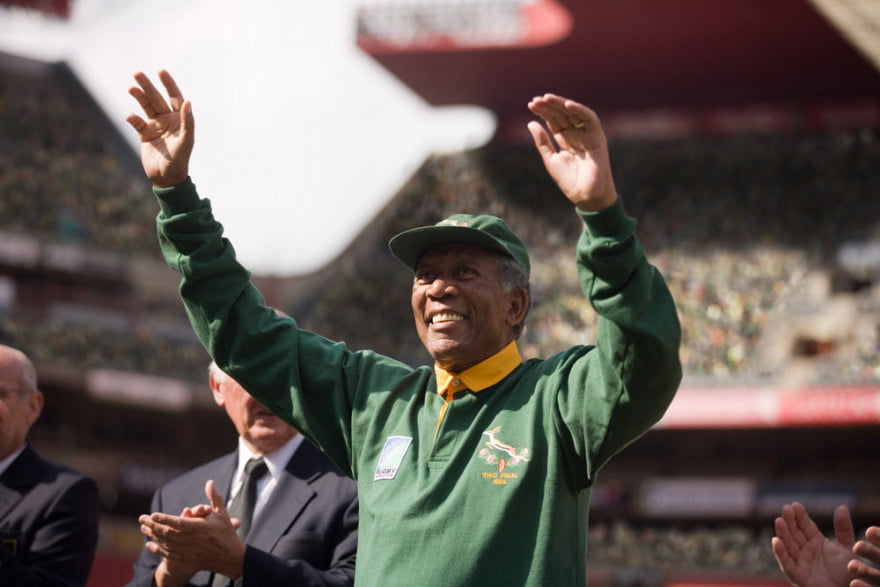 Director Clint Eastwood delivers his latest film this week with the dramatic true story of South African President Nelson Mandela’s goal of uniting his country during the 1995 World Cup of Rugby.
Following the end of apartheid in the country, the film recounts Mandela’s work to convince Springboks team captain Francois Pienaar, played in the film by Matt Damon, to use the event as a way of bringing South Africa together with an unlikely win.

Author and critic Christopher Heard reviewed the film, here’s what he had to say.

“Invictus proves something that I have known all along: Clint Eastwood is one of the greatest American filmmakers of all time. Nearing 80 years old, he is making films with energy and a passion and an emotion that most American filmmakers half his age can’t muster. While it is not Eastwood’s best film, Invictus is a finely crafted movie that is told simply, somewhat idealistically, and strongly.”

Bringing together a massive all-star cast, which includes more actors than really seems necessary, Valentine’s Day is what you get when you take the Love, Actually template of moviemaking and run it into the ground.

Peering in on their lives as they sample romance, and more commonly, heartache, the plot is padded with lots and lots of characters, who all seem to be connected to someone else at some point in the story or another. That essentially makes it impossible to hint at what the overall story is about, except that it is love in every shape, size, and texture, be it heart-warming or heart-breaking.

In the past, I’ve been a fan of director Garry Marshall, who has proven himself with a number of great romantic comedies, but Valentine’s Day is a major dud, no matter how you look at it.

First of all, Valentine’s Day isn’t all that funny. There are genuinely chuckle-worthy moments, but they’re irregular at best. The script also tries to work in far too many characters for anyone’s interest, and while I marvelled at seeing Jessica Alba and Jessica Biel together in a film with Julia Roberts, Bradley Cooper, and Ashton Kutcher, the mass of characters and storylines makes it hard to care about anyone.

Maybe the worst fault though is the retreaded and predictable dialogue that we’re forced to endure throughout the rote plots, which we’ve seen in dozens of other, usually more interesting, films.

Valentine’s Day is, at the very least, not the worst film of the year; it’s just not particularly good. You may watch it for the stars, but they hardly shine at all.

Looking at the blu-ray release, the package comes with a lot of extras, but again, none that were all that appealing. There are a number of deleted scenes, featurettes on Marshall and the cast, a blooper reel, and a sneek peak at Sex and the City 2. All of these are marginally interesting, but none you would expect to watch again.

The only feature I was mildly interested in was Marshall’s feature-length commentary, which holds some anecdotal tidbits about the making of the film, and why Marshall took on the project, but it is not what I would call a spellbinding affair. Marshall spends most of the early commentary explaining the story, which seems unnecessary, and like the film itself, left me wishing he had been given better material.

Fraser plays John Crowley, an average working-class man who is starting to make a name for himself in the corporate world when his daughters fall gravely ill. With his wife, played by Russell, the family seeks help and answers, but discover that there simply is no cure.

However, there is hope in the form of a scientist, Dr. Robert Stonehill, played by Harrison Ford. Robert is an untried and unconventional researcher who may have the hope that John’s family needs, but to get anywhere they will need a lot of money, and time — two things which are in short supply.

Retreading a lot of ground we’ve seen before in these medical dramas, the film did not receive great reviews when it was released in theatres. Bill Goodykoontz of the Arizona Republic summed up the film, “The road to mediocrity is paved with good intentions.”