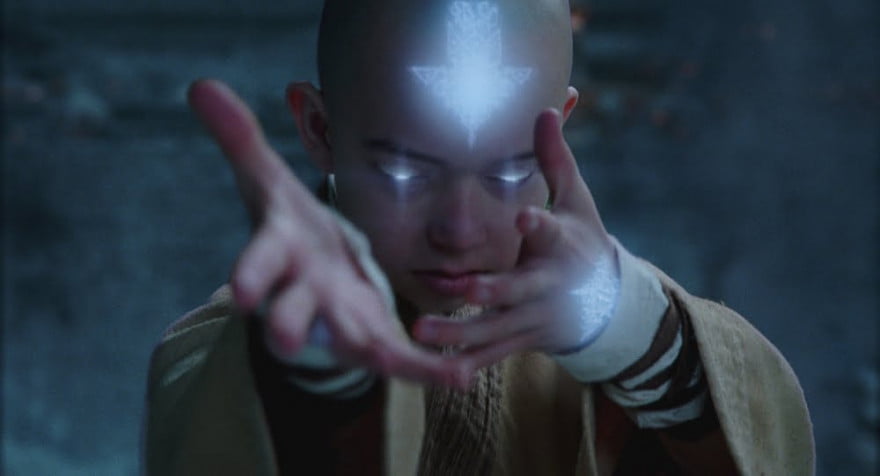 When The Last Airbender came out in theatres, the sound I heard resonating across the land was director M. Night Shyamalan’s career imploding.

Based on the film’s $318 million box office haul though, I may have been a bit quick to judge, but that doesn’t change the fact that the film is hands-down one of the worst films released this year.

The well-known director, who climbed to fame with his first big film, The Sixth Sense, has released seven major films in theatres, but since then he has never really hit his stride. Aside from Unbreakable, which was something of an indie hit but failed to impress most moviegoers, and Signs, Shyamalan’s other films have all been met with harsh critical reactions and poor box office returns.

For the writer and director, The Last Airbender was an opportunity to reboot his career with a story totally unlike anything he had worked on before, and while it did not inspire critics, the film did manage some impressive box office returns.

Based on the popular animated series Avatar: The Last Airbender, the series tells the story of a world divided into four nations: Earth, Air, Fire, and Water, with one young boy from the Air nation given the power to control all four elements as a means of maintaining peace between the people of the planet.

In the film, Aang the Airbender is so afraid of his heavy responsibility that he flees his country, but a freak accident leaves him frozen in a giant block of ice as the Fire Lord Sozin attacks the Air Nomads to destroy the Avatar and seize control of the world.

Reviews for the film are potentially the worst of any major film released this year, aside from maybe Grown Ups, with the film earning just a 6% fresh rating on RottenTomatoes.com. Most critics called The Last Airbender a big, lumpy mess thanks in part to Shyamalan’s inability to write acceptable dialogue or distil the story down to one theme.

Stephen Whitty of the Newark Star-Ledger commented: “The TV show created an incredibly complex world over three seasons. This picture (the first in a proposed trilogy) tries to accomplish a year’s worth of work in two hours. So we get titles and flashbacks, baldly expository dialogue and clumsy narration.”

How many times do you think Charles Dickens’ A Christmas Carol has been remade for film? Dozens of times? Hundreds? It’s hard to say, but director Robert Zemeckis has made an incredible effort with what I can only call a dark, resonant rebirth of this classic Christmas story. It’s also, and quite happily I might add, not what you might expect.

Jim Carrey leads the film as the voice of the one and only Ebenezer Scrooge, as well as the voices of all three Ghosts of Christmases Past, Present and Yet To Come. With only a few changes from the original novel and play we are introduced to Scrooge as the penny-pinching owner of a London counting house, which he once ran with his partner Jacob Marley, who passed away seven years ago.

On the night of Christmas Eve, Scrooge begrudgingly gives his poor employee, Bob Cratchit, the next day off, before he goes to his silent home to hide away from the Holiday spirit. As we’ve come to expect he encounters the tormented soul of Marley, bound in chains and warning Scrooge that he too will face the same fate if he doesn’t change. Over the course of the night, Scrooge is visited by the three ghosts of Christmas, who will try to show him the error of his ways.

If you have seen Zemeckis’ previous animated films – The Polar Express, or even Beowulf – you’ll understand the one flaw with the motion capture process they use on their actors. Specifically, the character’s faces sometimes look a little strange or unnatural. This has been a huge complaint in the past, but I didn’t see the same issues in A Christmas Carol. The faces are not perfect, but they are quite good, and coupled with the tremendous voice-acting, the characters are top notch.

Carrey in particular is quite a natural Scrooge, keeping the character reserved and angry for the early parts of the film, while indulging in the darker parts of this curmudgeonly old man later on.

Based on how the film has been promoted, you might also expect the film to be an animated comedy, as we’ve seen so many times before in these Christmas Carol remakes, but that couldn’t be farther from the truth. Although there are some comic elements, Zemeckis has gone back to the roots of this dark story for much of the film’s mood, and it’s a wonderful reinvention in my mind.

It’s a bit early to get in the Christmas spirit for me, but this is a wonderful film, even if I think it could have been a bit more revelatory and emotional. It will surely be a huge hit this Christmas, but I would just warn parents with very young children that some of the early scenes can be a little scary.

Finally, if all you really wanted was one more version of James Cameron’s Avatar, with extra footage and special features, have I got good news for you…

Twentieth Century Fox hasn’t made the extended edition available to press as of yet, so I can’t tell you much about the quality of the package contents, but the three-disc collector’s edition includes the re-release of the film, which came out earlier this year, not to mention 45 minutes of deleted scenes. The package also includes feature-length production documentaries, a look at the world of Pandora, screen tests, and on-location footage.

It’s also worth noting that, for those of you who purchased 3D televisions, the 3D version of Avatar is still some months away. There were hints from Cameron previously that Avatar would be available on 3D Blu-ray this month, but Fox has delayed that release until some time in 2011 at the earliest.