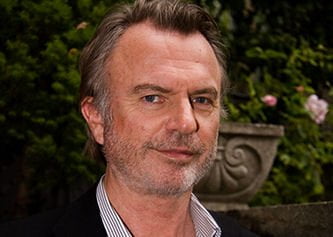 Based on the real life story of Sandra Laing, the film reveals how Sandra was born to two white parents in apartheid-era South Africa with dark skin and dark, curly hair. Because of apartheid rules, the government didn’t know how to deal with her, setting off trouble at home and throughout her community.

Sophie Okonedo stars as Sandra, with Alice Krige appearing as her mother.

The star of Jurassic Park, and television hits as The Tudors, and the 1998 TV movie, Merlin, sat down with me to discuss his performance as Abraham Laing in Skin, the difficult nature of the story, and what the role meant to him.

Neill also chats with me about Canada’s film industry, and his next film, Under The Mountain.