Canada is the home to some of the entertainment industry’s biggest names, especially when it comes to music, and the folks over at Cheapflights Media have put together a little infographic that pays tribute. 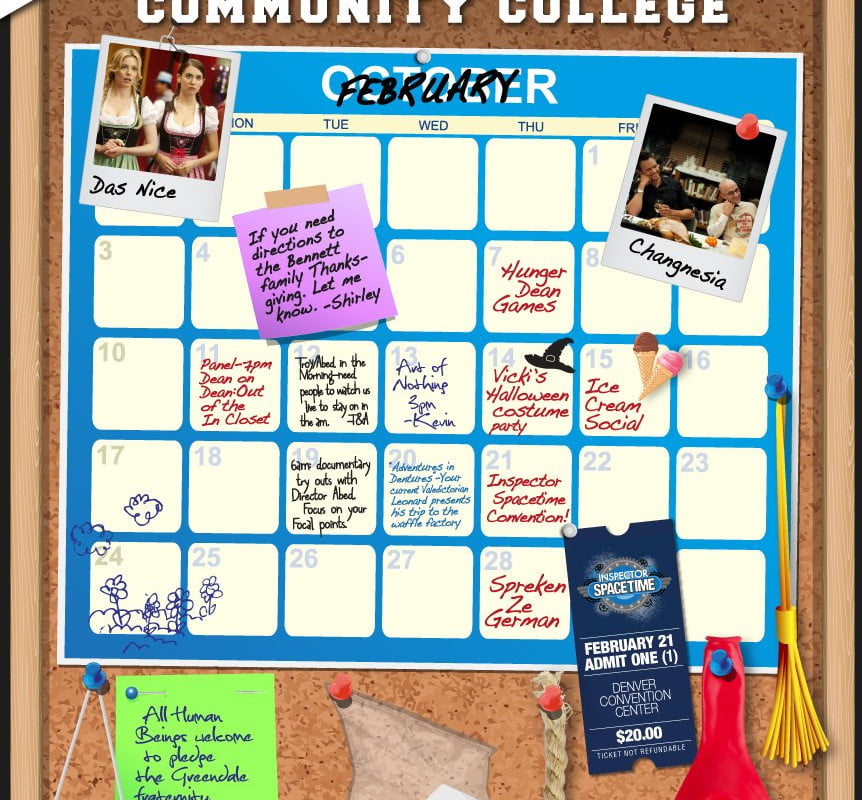 Need to know what’s going to be happening this month with our friends from Greendale? Look no further than the Community February calendar, which offers a glimpse into the adventures of Jeff, Britta, Abed, Troy, Pierce, Shirley, and Annie. 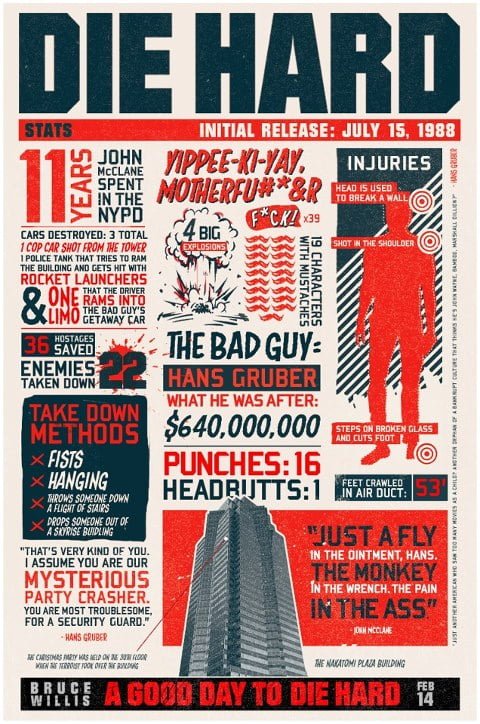 This Friday, February 15, A Good Day To Die Hard opens in theatres, which gives John McClane (Bruce Willis), the New York City police officer, more time to run amok killing bad guys and saving the day. At this point, he can obviously deal with just about anything that comes his way, including villains, bombs, and as we saw in the last film, even a fighter jet, but what exactly has he accomplished in the films so far? 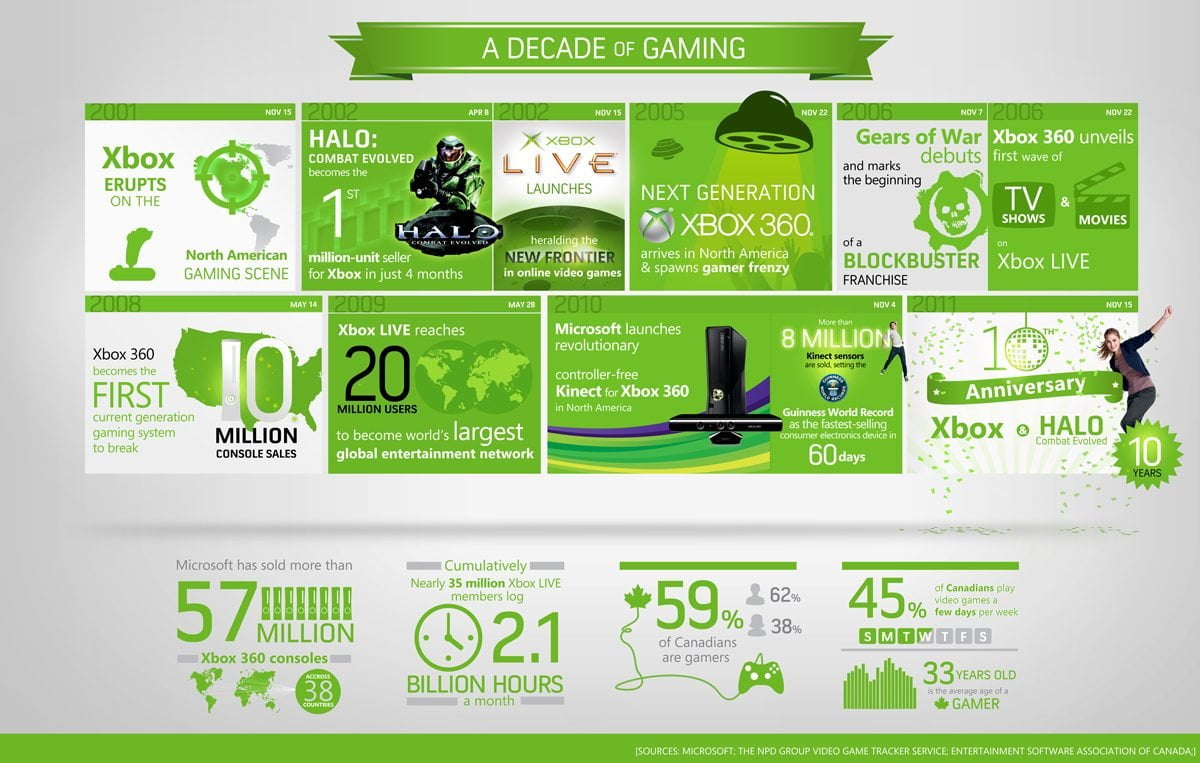 Today marks the 10th anniversary of Microsoft’s Xbox gaming console, which made notable baby steps into the marketplace on November 15, 2001.