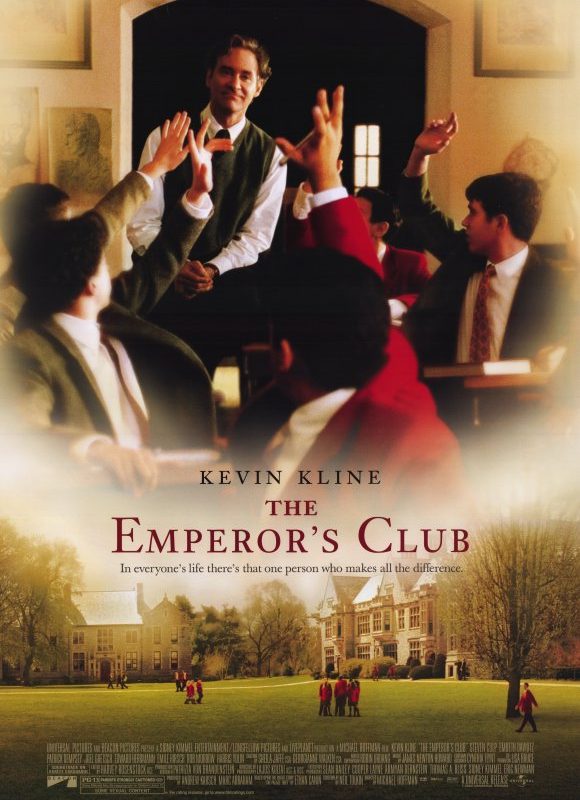 Kevin Kline has been wowing me for years with his work in a multitude of diverse film, like the romantic comedy, French Kiss, or more serious roles like the character George Monroe in Life as a House. Now, in The Emperor’s Club he seems to be borrowing a page from Robin Williams with a film that almost screams, “I want to be like Dead Poets Society“. The difference is, this is a film about morality and honesty, where Dead Poets was about being an individual.