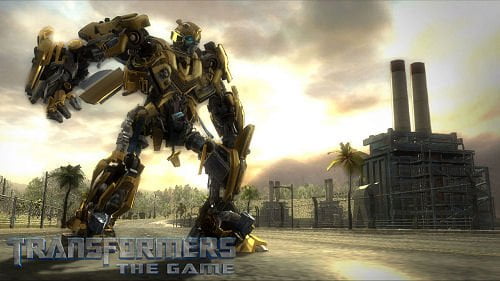 How is it that a movie studio can take the time to put out a decent movie, or even a great movie, and yet game studios can’t make a game based on a movie that’s worth playing? What’s going on?

I’ve been playing Transformers: The Game for about a week, and I can’t even express how bad it is. Certainly not the worst game I’ve ever played, but after the movie being so good, I expected a lot more from the game, especially based on the history of the toys, comics, and cartoon.

It’s easy to explain it away as easy money for any game publisher to cash in on a movie’s success, but I can’t believe the sales are good enough for such crap games to make it worthwhile.

Just consider this my warning – don’t buy Transformers: The Game. If you’re not a Transformers fan it’s not worth your time, and for fans the only cool thing is being able to play as some of the characters, which is short-lived and annoying. The Autobot portion of the game is all chase-related, where you have to run from one location to another, and the Decepticon side is cool for a while, but gets tired pretty quickly.