Still no ‘Nightmare’ for Toronto 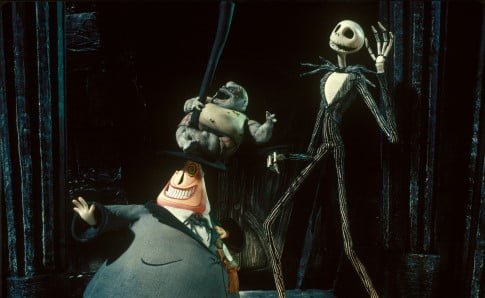 For the second year in a row the 3-D version of the Nightmare Before Christmas won’t be opening in Toronto. Yes, I complained about this last year, and I’m going to complain again this year. I don’t know what the powers-that-be are thinking, but there’s no reason to keep Nightmare from the one IMAX screen inside the city of Toronto.

Sure, if you live in the suburbs you can drive out to one of the other IMAX theatres. But what if you live inside Toronto, don’t own a car, and don’t want to have to take a streetcar, the subway, and a bus just to get to the ‘burbs? Well, you’re outta luck, friend.

Nightmare is easily one of my favorite films, especially to check out around Halloween, and yet I still haven’t had a chance to see the 3-D version. I don’t know if I should blame Cineplex for keeping Transformers in the IMAX at the Scotiabank Theatre, or if it’s Disney’s fault for not choosing that location to release it, but either way it sucks.

As someone who lives and breathes movies this might be hard to explain to some people, but Nightmare is a classic and I’m not going to be happy until Toronto gets the film for its very own. On top of that – I hate the ‘burbs – so why would I go out of my way to support the theatres there?

My recommendation for the other Nightmare fans in Toronto is to voice your feelings to the Scotiabank Theatre. I know that a lot of you Toronto readers are likely Nightmare fans, so go tell the theatre how you feel. The customer service desk is located on the second floor, on the right side as you enter the food court. You can also try calling them at 416-368-5600.

I’m not betting on it, but with any luck we’ll still get to see Tim Burton‘s best film in Toronto.