Wave goodbye to the Oscars 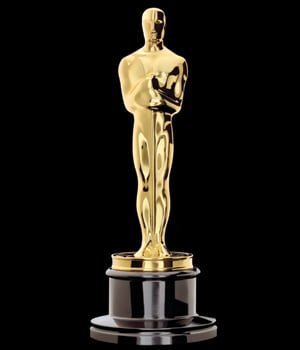 There is no question in my mind – if the writers strike continues much longer, there will be no Oscars. The Golden Globes have already taken the first bullet, because the WGA wouldn’t give them a special waiver and actors were unwilling to cross picket lines, and I’m betting the Oscars will suffer the same fate.

It would be a huge mistake for the WGA to suddenly make something happen for AMPAS when they wouldn’t do anything for the HFPA and the Globes. It’s also another great moment where the WGA will want to stick it to producers, who are the folks who stand up and accept the biggest awards at the event.

That said, there’s no comparing the Globes to the Oscars. If any event deserved a waiver, it’s the Oscars, and I will definitely miss them if they’re not on. As much as I support what the WGA is doing, I’m hoping something comes through to save the night.

According to one story at ABC, preparations are going ahead for an Academy Awards night, but if actors once again refuse to cross picket lines, will it even be worth watching? I’m personally not interested in seeing a bunch of directors and producers sitting around trying to make witty banter.

In the article George Clooney also suggest the only way things are going to be settled any time soon: “The big hope is that all these guys get into a room and start to solve this and lock the doors and don’t come out until they solve it.”

And lets be honest – a steel cage match is about the only way these two sides are ever going to agree on anything right now. It would be an epic meeting-turned-bloodbath that might not be very pretty, but I expect it would make for a great movie.