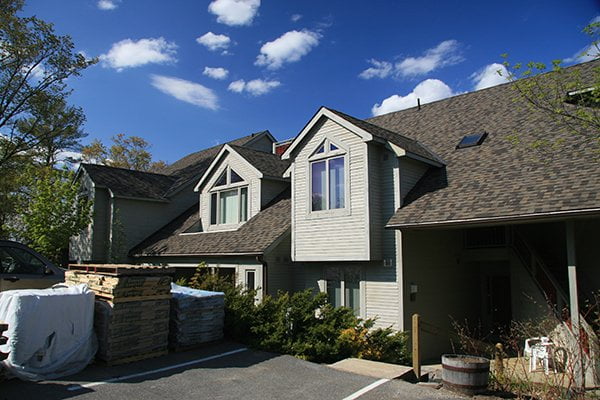 Last weekend, Aisha and I spent a night at the Delta Grandview in Huntsville, and I was more than a little surprised that it turned out to be a bit of a disappointment.

Knowing that Aisha was into astronomy, I had paid for a night at the hotel so we could also take advantage of the Echo Valley Observatory that the hotel operates. At the time I booked, I picked a reasonably priced room that looked like it wasn’t going to be a total shoebox. In the past, my experiences with Delta had been less than impressive (the Delta Quebec City springs to mind as one disaster), but the Grandview looked pretty reasonable.

When we got to the hotel, the place seemed to just be coming out from under its winter wrappings. There were construction materials here and there, including in front of our window, the grounds hadn’t quite been fixed up yet, and they hadn’t opened up their waterfront bar/patio. Still, it looked nice, so we checked in and headed to our room.

Now, I don’t mind saying I paid a decent price for the room – around $210 – which is not a huge price, but it’s enough that you expect a decent room (in Toronto it would have gotten you decent rooms at nearly any hotel). Instead it was literally the smallest hotel room I had ever stayed in, and I’ve been to a lot of hotels.

When I asked the staff why the rate was so high considering most of the resort options weren’t even open yet, they said it was because it was already high season for them.

What I can’t believe though is why a hotel would consider it high season, even though the outdoor pool wasn’t open, the beach was too cold to use still, and as we learned from one family, they didn’t even have their planned ghost story for the kids in the tepee that night (it was on the daily program though).

I give the staff decent marks for being fairly courteous, the hotel gave us a complimentary pass to play some golf (we don’t play golf though), and there was a decent indoor pool. But compared to other resorts I’ve stayed at, nothing really stood out about the Delta Grandview.

There were also some fairly negative aspects to the hotel. For instance, in our room there was a large mark by the shower where water had rotted away part of the wall. Everywhere we went there were pipes sticking out of the back of the buildings (in plain sight of public areas) that suggested the buildings spit out waste water or something over the hill. And when we ordered a meal from the bar it took a long time, just over 30 minutes, and that was for stew and a cold sandwich – and the stew was lukewarm.

The hotel does seem to have some nice rooms though, no doubt about it, but you can expect to pay plenty for that luxury. I’m also not sure the services really match what you’re getting.

On the total bright side, Aisha and I did have a decent stay otherwise, and the Echo Valley Observatory was very cool. It’s perched atop a nearby hill, accessible only by a really questionable dirt road, but the new astronomer – Tom Kovacks – gives a really good tour of the skies. We lucked out on one of his first nights at the job when there was only one family there with us, and the sky was absolutely crystal clear.

I’m going to write up an article on the experience with Tom, but I’d just suggest to people that the Delta has a way to go in making the Grandview a compelling place to stay. It’s about the little touches, the feeling you get when you check in, and knowing the hotel doesn’t take you for granted. Three areas the Grandview totally missed with us. 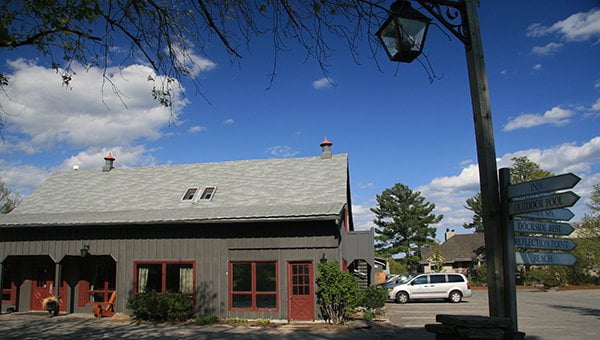 thnak you for writing about your recent stay with us at Delta Grandview Resort,
You have a most interesting website and a mission in getting responses and being a “pest for the publicists”, and I can assure if you intention is to get a response from resort general mangers, you certainly got my attention with your comments.

You also filled out our Delta electronic survey after your stay and I believe some of your concerns and comments have been addressed with a sugsequent call to you from our front office manager Jody Armstrong to make amends to some of our shortfalls.

You are absolutely correct about your comments abot details, and our business needs to address these details on a daily basis.
As to your comments about the coming out of the wraps of winter, you are dead on. Muskoka experienced one of the snowiest winters on record this past year with snowfalls short of just 4 inches from 18 feet. I can assure you that the grounds and gardens will be in stellar shape by the middle of June, but due to recent frosts in Muskoka we have not planted any annual flowers to date.
Our resort is some 20 years old and most of our 18 buildings with condo type rooms in them have cedar shake roofing that is reaching or in some buildings on the sunny side of the slope have reached their maximum service life. We are in the process of replacing the roofs in many of these buildings, and unfortunately in mid April when the project started the roofers spent more time in shoveling snow than replacing shigles, hence the delay in getting this project completed in a timely fashion. Not quite sure about your commenst about pipes sticking out from the sides of buildings spewing waste water, it certainly is not the case.
I was pleased to read about your positive experience at the observatory and our astronomer Thomas Kovacs,

continued…
as it is a truly unique facility and a great value add to our resort and our guests.

We do consider all long weekends high season, and our rates are based on demand and occupancy.

It is unfortunate that the outdoor pool was not open during your visit, and albeit the lake is open and some boaters have ventured out to the waters already, we are not in a position to offer canoes, kayaks and paddle boats to our guest due to concerns for their own safety and the dangers of the chilling water temperatures and potential hyperthermia concerns for our guest, until such time that the lake water temperature reaches ambient and safe levels. We do monitor the weather patterns daily and open pools and beachfront activities accordingly.
Re:ghost storoes in the tepee, they were scheduled and staffed but the guest you are referring to elected not to show up. We typically start a fire inside the tepee and perhaps the guest was looking for the ” smoke signals” as an idication of the start of the story session. We need to review our process here to ensure our guests are better informed to avoid future disappointments.
Renovations and repairs in hotels and resorts are always “a tough nut to crack” and there is never a good time to do this as it will inevitably inconvenience some of our guest, for which we do apologize. I would like to say however that these projects are always done to improve our product and amenities, which will lead to greater guest stays and experiences.
We value your comments and feedback, but I don’t believe all of your comments paint a fair picture of our resort and its amenities. I would welcome a call from you to discuss your points in further detail.
Best Regards
Esa

I really appreciate all of your comments – it’s not always something I see from companies, so thanks. I also don’t write a lot about travel in my blog, especially not reviews like this, but I felt inclined in this instance (I also kept missing Jody’s calls, but appreciate the followup there too and will likely speak to her tomorrow).

I do want to be clear though – no water was spewing from the pipes I saw, but there were a few pipes, one of which came out of the hill-side, which suggests they discharge something. Mostly it was unsightly, but as a son of an environmentalist I was slightly concerned.

All the best with the renovations – and I think it’s fair to say that one visitor’s experience could differ greatly from another visitor’s stay. My personal experience on this trip was just on the poorer side of the scale.

I certainly hope the improvements mentioned by the General Manager have been made at the Grandview by the time my husband and I arrive for our three-night stay this August! We’ve enjoyed the Delta Sherwood Inn (especially the food!), but it was not available at the time we wanted, so we’re trying a new place.