The Fratellis don’t quite ‘Stand’ up 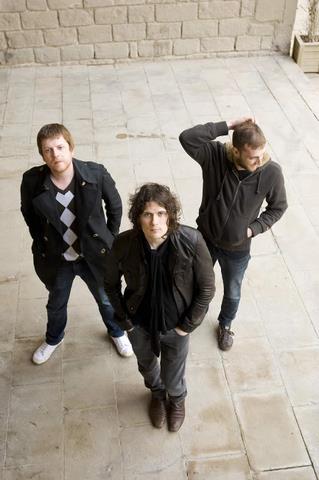 When I was travelling Scotland last May, I walked into a store and asked the dull-looking staff to tell me about some local bands I should check out that I may not have heard back in Toronto. The funny thing was that all of the bands they mentioned I had heard of, including Paolo Nutini, and The Fratellis (clearly, they can’t know the music scene very well, but anyway).

Since the store had a slightly different UK release of Costello Music, which I didn’t own in the first place, I decided to finally pick it up and it quickly became one of my favorite CDs of the year. It was kind of raw, intense, and a lot of fun, with songs that instantly stuck in my head.

This last week the band released their latest CD, Here We Stand, but the disappointing news is that the new disc is really not a very strong follow-up to Costello Music. Much of the band’s vibrant style seems subdued, and their first single, “Mistress Mabel”, sounds pretty half-hearted at best. It’s like they ran out of steam, or else they’re settling into a much more subdued style.

There are still some great songs, like “Babydoll”, “Look Out Sunshine!” and my favorite, “My Friend John”, but I wouldn’t call any of these tracks as good as even half the tracks in Costello Music (like “Cuntry Boys & City Girls”!).

I’m still just getting into the songs, and I’ve only given each track a few listens, but I’m afraid to say that some fans are going to be disappointed. Check out the video for “Mistress Mabel” at YouTube and see what you think – and then leave your comments below. I’m curious to see if I’m just being hard on the band since their debut CD was really a killer debut.

That said, I can’t wait for them to stop in Toronto so I can finally see them live. I somehow missed them the last time, and I know I need to at least see them live once.

The album is really good once you give it a few listens. Trust me, i thought the same thing when i started to listen. The only two songs that seem to be not as good are Jesus Stole My Baby and Stragglers Moon. Other than that every single song has upbeat music, witty lyrics and classic fratelli-energy. They may not be the poppy little glaswegian rockers we knew a year or two ago, theyve moved passed that. Musically theyve matured very far. Lyrics have followed.

While Here We Stand may be a slower, less catchy Fratellis, it is way more mature and thought influnced and thats what makes it as good, or better than Costello Music.