Wandering the halls of ‘Too Human’ 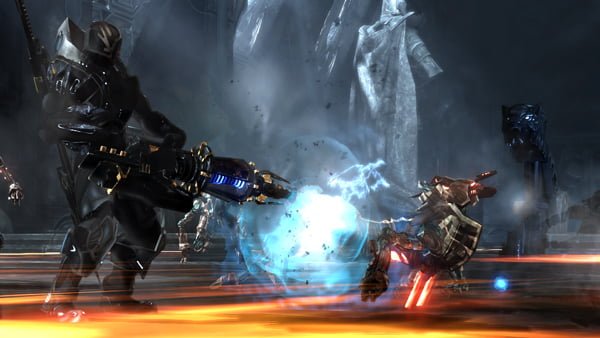 Last night the PR folks for Xbox 360 had a little event to give media-types a chance to play Silicon Knights’ long-awaited game Too Human. Actually, that might be an understatement considering the game has been in the works for the 360 since 2005, and in development since 1999.

The results though are looking pretty fantastic. I’m not completely sold yet, but based on about half-an-hour of gameplay there is a lot of intriguing possibilities. The controls are cool, the story is rich and seemingly immersive, and I’m a sucker for the idea of the fact that it’s a role-playing game set in a cybernetic world.

The concept: As the cybernetic god Baldur, players are thrust into the midst of an ongoing battle that threatens the existence of mankind. An ancient machine presence has forced the hand of the gods, and now Baldur is charged with defending humanity from an onslaught of monstrous war machines bent on the eradication of human life.

Check back soon for video from the game, and I’ll have a review next week. You can also find out more about the game on the official website.