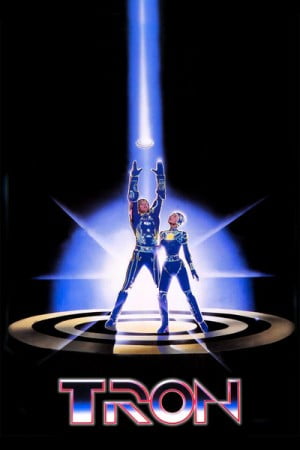 Remakes are pretty common these days, and many of them are formidable films at the box office and sometimes even critical successes as well, but more often than not, they’re messes that should never have been considered. Well, Disney is about to venture into remake territory (again) and I have to say something. Don’t wreck Tron.

For me, Tron was an amazing film that I couldn’t get enough of. For years it wouldn’t be on TV and then suddenly I’d see it again and remember why I loved it so much; I would go completely out of my way to hunt down Discs Of Tron, an awe-inspiring arcade game that I would still do anything to own in my home; and recently, the film celebrated it’s 25th anniversary and got the deluxe DVD treatment, along with a PC game (packaged as a kind of “sequel”) and an Xbox game as well.

This was the point where the question of a sequel was high on many minds. Fans have wondered for a while if that might someday happen, and what better time than now, when computer animation can do almost anything. Rendering the inside world of computers should be easy and really, what other film explores the same concept to this extent?

Well, Disney said there was no chance for a sequel, or anything else really and left it at that. That was, until today when Variety reported that Walt Disney Pictures is pursuing a remake of the film that would contemporize it and include concepts like the internet.

The article goes on to say that Brian Klugman and Lee Sternthal have been hired as screenwriters, and according to Klugman, “We are contemporizing it, taking these ideas that were ahead of the curve and applying them to the present, and we feel the film now has a chance to resonate with a young audience.”

Now this is where I start to get concerned. How young an audience are we talking? Is the idea to shrink-wrap this whole movie up into one big marketing blitz and suck every ounce of life out of it like Disney does to everything else it touches these days? How soon can we expect sub-par, direct-to-video, craptastic sequels? And why the hell is this movie being written by an actor and another guy who have only done one script so far (that isn’t even out yet)?

That’s not even the worst of it. The article also says that Chuck Russell has been confirmed as the director of the film. Have you seen this guy’s resume? The highlight of his career would be The Mask and recently acting as the Executive Producer of Collateral, but he also directed The Scorpion King, Bless The Child, and oh yeah, Eraser. Frankly, this isn’t the kind of guy I want dealing with Tron. I like the fact that he’s dark and moody, but would you really want to endorse the director who made Eraser?

I’m tired, tired, tired of Disney (and numerous other studios) taking some of my favorite old films and making disasters out of them. Maybe it’s time that fans spoke out against this kind of thing, because for once, I’m not willing to sit back and see what happens. I just don’t trust Disney to do the right thing here. Any other studio might create a decent remake, but have you seen the ones Disney have been putting out? Around The World In 80 Days is a very recent remake that shows how they can take a decent film and make it into something ridiculous.

And what’s to blame for all this? Well, first off, studios just don’t understand how important a script is to the film. They get the cheapest talent (i.e. new writers) to write them and then just figure the director can do his best to make it work. This obviously isn’t just a remake issue, it’s the problem with filmmaking today.

The only time that Disney comes close to seeing this, is when they release a Pixar film. Pixar is at the polar-opposite end of the issue and is possibly one of the greatest studios out there today. They care about what they make, they get inside the story and make scripts, characters, and films that really fit together like magic. If Disney had been smart they would have done anything to continue being associated with a company like this, but instead they decided it was too expensive and walked away – leaving Pixar in the position to become Disney’s greatest rival. Especially since Pixar actually seems like the Disney of yesterday, a company that once made quality films.

Anyway, back to the point. I hope any plans for a Tron remake either get drastically overhauled, or scrapped entirely. If you’re a fan of the original film and don’t want to see this happen, I encourage you to let Disney know. Maybe all Disney needs is a little feedback finally…

While I couldn’t find online contact information, you can write them by snail mail at: Walt Disney Pictures, 500 South Buena Vista St., Burbank, CA 91521 USA. You can also reach them by calling 1-818-560-1000 (long distance charges may apply). Be polite, let them know you want to give them feedback about their plans for this film, and maybe we can make them take this project seriously. Maybe Disney can turn itself around.

In the end it is just a movie though, and it can be ignored, but I for one am tired of the way companies toss out remakes and sequels like empty promises of something original, just to lure a few bucks their way. Capitalism sure isn’t new in Hollywood, but it would be nice if it took a back seat now and then, especially at Disney. Besides, I’m willing to bet that if Disney did change their ways, they’d be amazed at how quickly they’d start making real money again, instead of losing it on countless bad films that rely soley on marketing tie-ins.