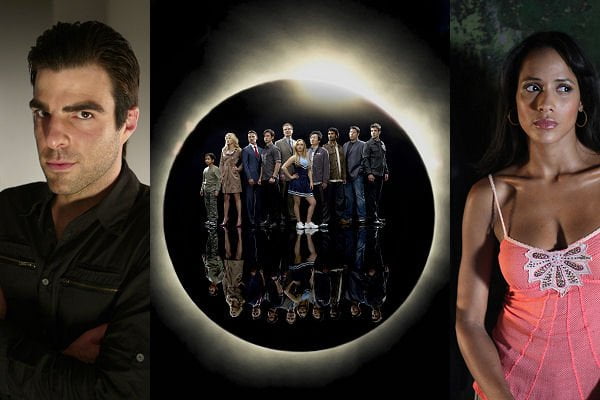 Rounding up the news this weekend and the focus is all about television, oh yeah, and aging singers who like bathrooms.

On the other side of the pond, singer George Michael is apologizing (again?) because he got caught with the drugs. According to the BBC he was arrested in London’s Hampstead Heath area by city police on September 19. And, oh yeah, he was caught in a public toilet.

Since Michael wrapped up his “retirement” tour this year, it’s a bit unclear why he needs to apologize to anyone. Back in the day you didn’t hear superstars apologize for being arrested for living their twisted, rock star lives. But today, well, oh my God… what if your sales are affected? On the global stage, as the common people everywhere judge the stars, you don’t want to be seen as rude.

Otherwise, the Emmy’s are rolling on TV, with awards going out to a lot of shows I don’t watch, but there was at least one highlight tonight as Josh Groban left his mark on some of the best theme songs ever made. It’s a funny, quick, and made for people who at least remember when The Simpsons debuted on TV.

And since we’re already talking TV, I give Heroes fans permission to ROWYCO now that there’s less than 24 hours to the season premier. Global TV in Canada has been running this kinda cool, but pretty lame promo show pushing the new season tonight, which just hammers home one thing to me: this is going to be the Zachary Quinto overload season as we get closer to J. J. Abrams‘ Star Trek in May. I think I can take it, since he’s so damn cool as Sylar, but only with liberal doses of Kristen Bell, Dana Davis, and Dania Ramírez.