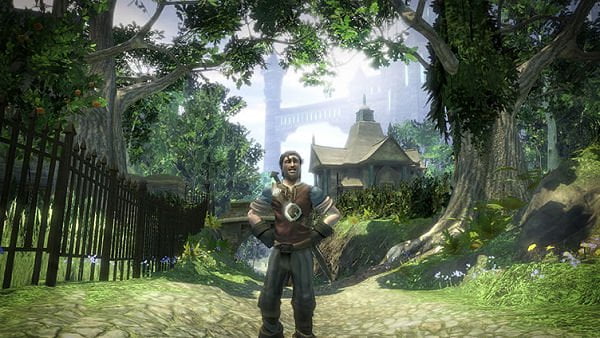 While I play movie catchup, watching a bunch of movies (like The Godfather) that I have never seen before, I’m also having a hard time finding time to play all of the games I want to check out.

The oldest game currently on my to do list happens to be Bioshock, which is pretty damn awesome. That’s followed by the polar opposite, Lego Star Wars: The Complete Saga which I suspect will be a bit more of a casual playthrough.

At the same time there are still a lot of Xbox 360 games I’ve finished that I want to go back and play a bit more on, like Grand Theft Auto IV, Mass Effect, and The Simpsons Game. I had even forgotten that there were side-quests I had never downloaded for one of my all-time favorite games, Elder Scrolls IV: Oblivion, which I may still have to check out.

But, right now I’m trying to wrap up my review of Viva Piñata: Trouble in Paradise, which is surprisingly addictive. I’m not a huge fan of the games overall dynamic, but it is incredibly clever. I also really dig the way the game uses the Xbox Live Vision webcam (which I will still have to go buy one day) to let you drop in piñatas.

Way higher on my to do list is Star Wars: The Force Unleashed, which I have as yet to get my hands on. I’m working on it though and plan to get a review online soooon for those of you who haven’t already rushed out to buy it (I’m thinking this is an awesome Holiday gift for the Star Wars fans who may not be hardcore gamers).

Lego Batman also looks pretty cool, but I doubt I’ll have my hands on it for a while. Just had to mention it though because it’s clearly going to be a lot of fun.

And then there’s Fable II. Anyone who has read my blog for long knows that this is the title I have been waiting for, well, for a couple of years now. October 21 seriously can’t come soon enough, and then I expect to lock myself away and play the living daylights out of this game. I played the original Fable through about three times before giving it up, and I may still have to go back and play it again even after I play Fable 2.

But, last of all, is anyone else excited about Ghostbusters: The Game? Is it going to be any good? I’m still impressed it didn’t go into limbo after the whole Activision Blizzard deal. I’ve wanted to wield a proton pack since I was a kid, but I have to wonder how this game can possibly live up to my Ghostbuster fan boy expectations. We’ll see, but I am more than dubious.

Anyway, that’s a lot of games, and I didn’t even get to Tomb Raider: Underworld. That can wait, I suppose, since it doesn’t come out until November (ditto for Gears of War 2). But balancing gaming against movie watching is going to be a bit tough this fall! And that doesn’t even count time with Aisha, who may just have to become a full time gamer to get some time in with me… kidding!