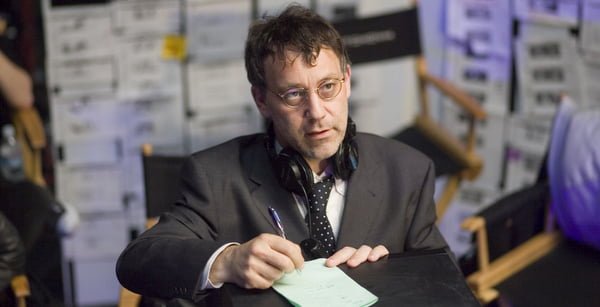 Sam Raimi on the set of Spider-Man

Sam Raimi will be making Spider-Man 4, but only if the studio stops meddling. That’s right, according to Raimi, it was Sony Pictures that screwed up number three by forcing Venom into the mix. Whatever, Sam, just bring Tobey Maguire, Kirsten Dunst, and Bruce Campbell back and I’ll be there.

The new J.J. Abrams Star Trek reboot isn’t even out yet and a sequel is in the works. Am I surprised? Well, no, but it’s still most excellent news, especially since there are hints that they want to get William Shatner involved so he can, “Say. A few. Lines.”

Speaking of J.J., all the Losties must be as thrilled as I am to hear that we’re (probably) going to find out a bit more about Jacob… we just have to wait for the season finale. My head might explode, along with the space/time continuum.

Die, damn you, die! It’s been fifteen freaking seasons, and the last gasp was about five years ago.

The best British sci-fi show of all time (suck it, Doctor Who) is back for three more episodes and a documentary. What can I say? “My brain’s rebelled. It just won’t accept nice things happening to me.”

Maybe one of the better performances at the Juno Awards in years; Dallas’ single “Sleeping Sickness”. (Skip to 56 seconds in to get past the inane intro.)

One of the Best. Sites. Ever. just got a fresh look. I love eet! (And this kills me. Seriously.)

Finally, for any serious Sir Terry Pratchett fans out there I present L-Space, a compendium of Pratchett knowledge, in one easy website (Eighteen Discworld books down, a pile to go!).