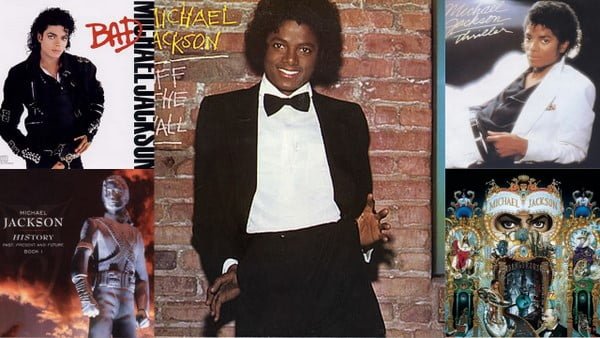 Michael Jackson‘s death today was both a shock and a very sad end to a very bright talent. Whether you were a fan or not, you have to admit that he was one of the few great icons of the last thirty years.

Those of you who think of yourself as a “Child of the 80s,” like me, probably feel his departure the most, but I also imagine that the face of pop music would be a lot different today without him.

Between the 70s and the mid-90s, he was crowned the King of Pop, and became an almost unstoppable force in the music industry, releasing some of the greatest pop singles of the last thirty years. Those massive hits included “Rock with You”, “Billie Jean”, “Beat It”, “Thriller”, “Bad”, “Man in the Mirror”, and of course, “Black or White”.

He also starred in some of the greatest music videos ever made, turning a mere promotional tool at the time into a genuine art form. Look no further than “Billie Jean”, “Thriller” or even “Scream” for proof of that.

Most notably though, Jackson deserved his King of Pop title because he reached a milestone no one has repeated: Jackson’s hit 1982 album Thriller sold in excess of 100 million copies around the world. The closest known competitor to Jackson’s record is rock band AC/DC who sold less than half that, 45 million copies, with their massive album Back in Black. And the most modern hit record in the top 10 is Backstreet Boys’ Millennium from 1999, which sold 40 million copies.

The sad part is that Jackson’s fame turned into infamy over the last 15 years, and it’s safe to say that the notoriety he gained wiped away every memory of the great things he did as a star.

From horrible personal allegations to the controversy of his changing appearance, Jackson become the brunt of jokes, and I won’t even try to defend him on any of those counts. The truth is that he was a public persona the likes of which we have hardly seen since Elvis Presley, but like many of his contemporaries he was also deeply flawed.

Blame that on his rough childhood, or many of the other problems in his life, but you can’t praise the man without recognizing his flaws. It doesn’t change anything, but it does paint a picture of a man who was known across practically every inch of the globe.

His life will no doubt be discussed a lot over the coming weeks and months as people come to terms with his story, and I hope at least part of that time will bring his achievements back into focus. Whether it’s through his hit singles, videos, or the impact he had on singers like Justin Timberlake or Britney Spears, Michael Jackson’s legacy will live on, and perhaps now we can finally put some of his defeats to rest with him.

Waking up from darkness into something less than gray.
A distant one I knew, and now a stranger in its place.
Solitude, once an enemy, has come to stand its ground,
and wrap its arms around me
with the slightest whisper of a sound.
Come and choke the essence of my being out of me,
or show my soul the light to let it fly and be set free.
Unending chaos down the path of the unknown
has stolen every diamond and my heart feels made of stone.
I come to gather flowers from the shady garden of hope,
but feel them fade with death before I ever get too close.
My soul is tired and my heart can take no more.
Now it’s God’s hands that must guide me
to my life’s peaceful shore.

To Michael
God Loves You

You have always been a inspiration for the entire world. Though u are not living now, you will always live in our hearts.