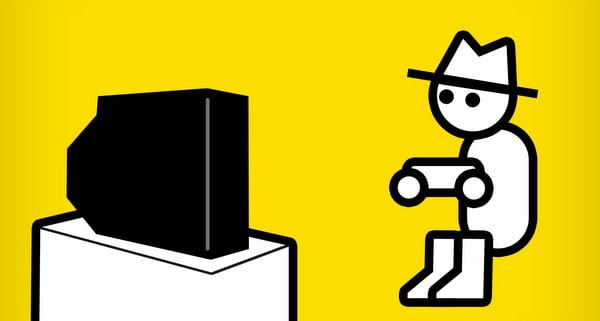 This is a bit late, but it’s so good, I had to pass it along all the same.

On August 5, the British-born Australian-based gaming critic Ben “Yahtzee” Croshaw, AKA the man behind Zero Punctuation, celebrated his 100th Episode over at Escapist Magazine, and there was much rejoicing.

If you’ve never watched it before, each week in the hilarious, animated videos, Croshaw reviews a new game, bashing any title that just wanders beneath his withering gaze. About the only game I’ve ever heard him praise, from start to finish, would have to be Portal, but frankly that’s his charm. He’s a hard guy to please, and he’s willing to mock some of the worst elements of gaming that seem to make up the backbone of the industry (like the whole “Press X To Not Die”).

I’ll also admit it; I love Croshaw and Zero Punctuation because he hates most of the things I hate, including the crap Nintendo continues to pumps out.

One warning though, Zero Punctuation is most definitely not for kids.

Check out more of the episodes over at Escapist Magazine, and otherwise here’s the 100th episode review of Call of Juarez: Bound in Blood.

(If anyone at Escapist is reading this, yes, a free t-shirt would be nice.)