Free Toronto screening of ‘Drag Me to Hell’ 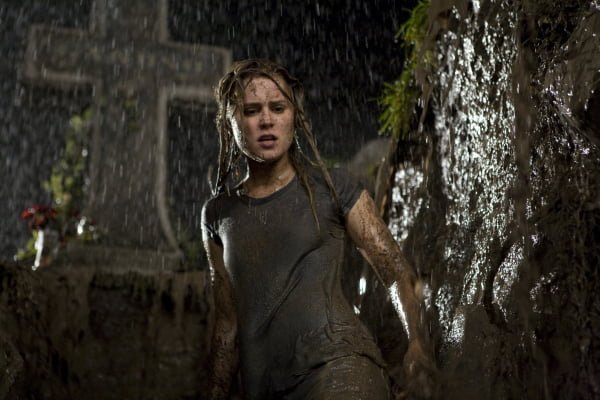 Alison Lohman in Drag Me To Hell

Good news Toronto horror fans, a short missive came in earlier today about a free promotional event and I thought it was worth passing the info along, especially if your a fan of director Sam Raimi.

To promote the release of Raimi’s Drag Me to Hell on DVD/Blu-ray, Universal Studios will be screening the unrated director’s cut of the film at the Bloor Cinema next week.

Details are below, as well as the original trailer to give you a taste. It’s also worth mentioning that the film received great reviews when it was in theatres, so the unrated cut might actually be worth a look.

Please note that seating is on a first-come, first-seated basis – so arrive early!

Synopsis: Christine Brown (Alison Lohman) is an ambitious L.A. loan officer with a charming boyfriend, professor Clay Dalton (Justin Long). Life is good until the mysterious Mrs. Ganush (Lorna Raver) arrives at the bank to beg for an extension on her home loan. Should Christine follow her instincts and give the old woman a break? Or should she deny the extension to impress her boss, Mr. Jacks (David Paymer), and get a leg-up on a promotion? Christine fatefully chooses the latter, shaming Mrs. Ganush and dispossessing her of her home.

In retaliation, the old woman places the powerful curse of the Lamia on Christine, transforming her life into a living hell. Haunted by an evil spirit and misunderstood by a skeptical boyfriend, she seeks the aid of seer Rham Jas (Dileep Rao) to save her soul from eternal damnation. To help the shattered Christine return her life to normal, the psychic sets her on a frantic course to reverse the spell. As evil forces close in, Christine must face the unthinkable: how far will she go to break free of the curse?