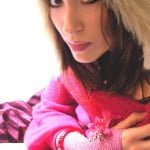 Earlier this year Imogen Heap appeared on BBC Radio 2 for an interview and performance, and the result was this stunning cover of Michael Jackson’s “Thriller”.

While I realize some people will probably dislike a quiet, folksy version of Jackson’s hit song, I was pretty impressed. Imogen Heap is a stunningly talented singer – I wouldn’t want her to do a lot of covers, but she nails this one.