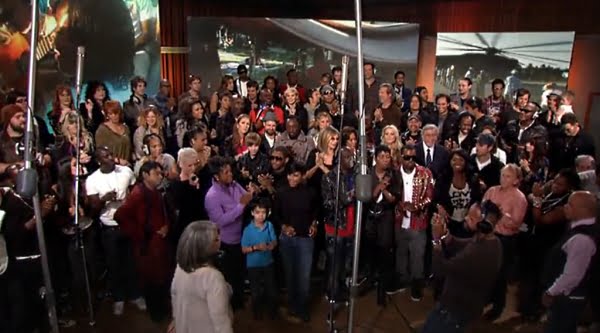 Bringing together some of the music industry’s biggest names, “We Are The World: 25 For Haiti” debuted last night during NBC’s Olympic broadcast in the U.S.

Benefiting the relief effort in Haiti through donations and single sales on iTunes, the song is also noteworthy because it includes Michael Jackson’s original performance in harmony with his sister, Janet Jackson.

Watch the video below and be sure to visit wearetheworldfoundation.org to donate.

Ahhh – so many great voices united. Of course the Josh takes my heart. Thank you for posting this. I, unfortunatelly, was not overly impressed with this new version but applaud the artists for the many hours they dedicated and, as Josh mentioned, “Everyone left their ego’s at the door”. I know many more funds will be gained for the people of haiti.