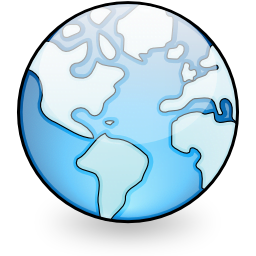 Stepping aside from my usual entertainment posts, I got on the topic of the environment over on Tumblr and I wanted to post a little more about it here on my blog.

First of all, my rant started because Brooklyn Mutt posted the video of Bill Maher’s recent discussion on Global Warming with at least two stupid people who think money is more important than anything else.

That reminded me of The Most Terrifying Video You’ll Ever See on YouTube which explains that we’re taking a serious, almost insane risk if you think about the problem logically. It’s not a question about whether scientists are right or wrong, it’s a question of would we rather face a global recession, or global war, famine, disease, and potential political collapse?

That got me thinking though. I wish that there was a big film like Food, Inc. or Capitalism: A Love Story that dealt with the environment to help make people think about it differently. Taken in the right context though, I think both of those films make points about the current state of North America, and how it could be changed.

Food, Inc. in particular reminds us all that we vote for companies with the money in our wallets. Whether it’s a little, or a lot, we make decisions every day that impact every major company in North America.

And in the end, as Michael Moore points out in Capitalism: A Love Story, the world would probably be a lot better off if the almighty dollar wasn’t so important, and if the government thought more about individuals, rather than companies.

More to that previous point though, the fact is that we’re consumerists in a consumer-driven, capitalist world. I don’t want to sound like a hippy, but I know that I’m as much at fault as anyone for this problem. We see things, we want them, and they’re mostly all made by companies who don’t give a damn about how much their products hurt the environment as they are produced, used, and thrown away.

I realize every day that I need to buy less. I want lots of things, but every time I look at a product or a piece of tech junk, I see the price of it in terms of manufacturing, shipping, and disposal. It does little good though if there are just some of us thinking this way. It would be nice if it started with the spoiled teens and tweens, since that generation has the most time to make the most impact. Changing that demographic would ultimately change the world since it could percolate down through each new generation, and the older generations can just quietly take our commodity addiction to the grave.

Ultimately though, we need every person from 2-years-old to 100-years-old thinking about this, because things are only getting worse, and it’s going to take decades to start changing the mess we’ve already made.

It might end up taking a miracle to change the world’s attitude, but frankly I’d rather hope for that miracle rather than the disaster that seems to be looming on the horizon.