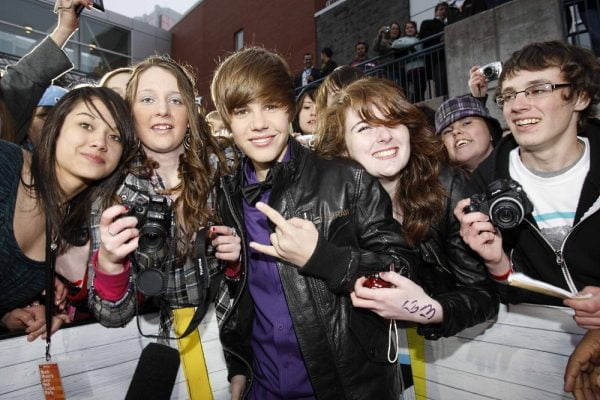 Justin Bieber with his fans on the Juno Awards red carpet

Justin Bieber walked the red carpet at the 2010 Juno Awards in St. John’s, Newfoundland, and the teenage fans went wild, of course.

What I found amusing was that April Wine, who were later in the media room and were inducted into the Canadian Music Hall of Fame, mentioned that they really had no idea who he was, but they thought he was “adorable” while they also wished him, and all the other young artists out there, luck with his career.

All you crazy fans can go nuts for him, I’m just amused that he definitely does not look or sound like he’s 16. I have nothing against him, but I’ll be curious to see what happens for his career next, and will people still love him when he grows up? I guess it depends how he turns out in the next few years.

More from this year’s Juno Awards will be online later tonight and tomorrow. I’ll have photos from the red carpet and performances.

HE rocked , and sounded better than everyone,M. Buble was a joke compared to JB.His voice is deff. changed to better.

I LOVE JSUTIN BIEBER SO MUCH ITS NOT EVEN FUNNY