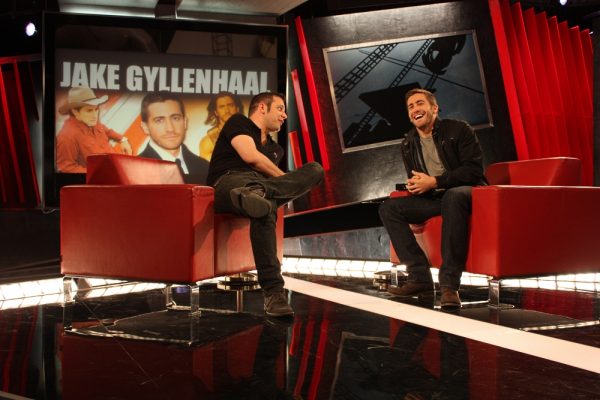 George Stroumboulopoulos and Jake Gyllenhaal on The Hour

Actor Jake Gyllenhaal joined The Hour‘s George Stroumboulopoulos in Toronto today to chat about his new film, Prince of Persia: The Sands of Time.

Prince of Persia, which is based on the long-running video game series of the same name, opens in theatres this Friday, May 28. The film also stars Gemma Arterton, Ben Kingsley, and was directed by Mike Newell.

Photo and video courtesy of CBC.