Alice Eve one hot highlight in ‘Sex and the City 2’ 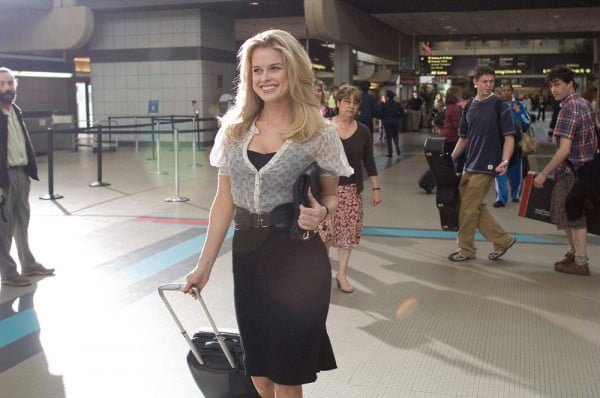 Alice Eve from She's Out of My League

Guys, I know what at least some of you are thinking this week. You’re worried that your girlfriend or significant other is going to drag you out to see Sex and the City 2, right?

Well, I have at least a little good news for you, and her name is Alice Eve.

The actress previously starred in She’s Out of My League, and on Friday you’ll be able to see her as Charlotte’s hot nanny, who has a thing against bras, apparently. Eve also has, hands down, two of the hottest scenes in the film, one involving a white shirt and an incorrectly aimed shower head.

Okay, so that’s probably not going to change your mind about Sex and the City, especially since there’s a lot of man flesh throughout the film, but it’s something to look forward to, right?

She’s Out of My League photo courtesy Paramount Pictures.

Alice EvefilmsSex and the City