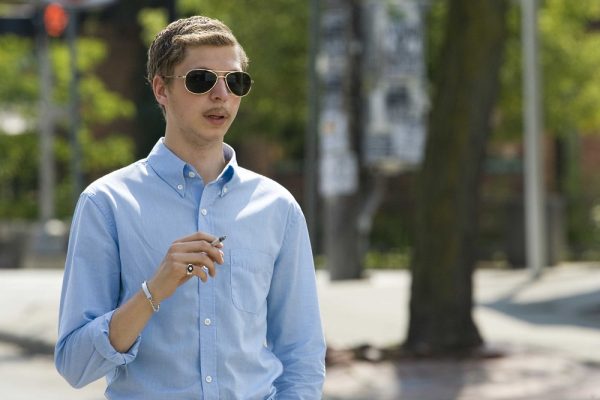 Michael Cera in Youth In Revolt

Michael Cera, I may not be an experienced manager, but I think you need to move on.

Hold on though. I have to say that Youth In Revolt was very, very good. Mr. Cera has obviously done this kind of schtick before, but his chance to play the bad boy in this particular movie makes for a pretty entertaining story.

I’ll have my review online tomorrow, but the basic story is that Cera plays a nice kid who just wants to win the heart of one girl. To do that though, he’s going to have to play the bad boy, and break a few rules.

C.D. Payne’s novel does get played a little plain for my tastes, but it’s still a wonderfully absurd coming of age movie, complete with the road trip and some modern, existential meanderings.

Makes me think I might try to read the book.

Still, come on Mr. Cera. This one worked out, but this character concept is wearing thin. Either that or Hollywood needs to cast some Cera contemporaries in his place.

I’ll still be headed out, eagerly I might add, to see Scott Pilgrim vs. the World, but I hope Mr. Cera channels something new.

Is that too much to expect?