Netflix in Canada comes up short 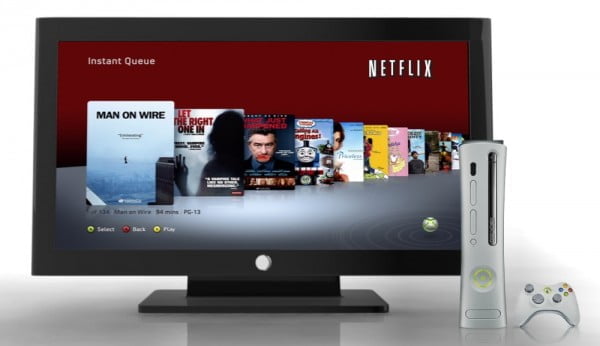 Earlier today I was a few mouse clicks away from signing up for Netflix here in Canada, but I started doing a little research that changed my mind pretty quickly.

For those of you who don’t know about it, Netflix is a service that lets you stream movies and TV shows over the web, or through certain devices like the PlayStation 3. There’s no limit to how much you can watch, the service just comes with a monthly fee that’s currently set at $7.99 in Canada. It just launched here about a week ago, but it’s been operating in the United States since 1997 where it started by renting out DVDs through the mail.

When I started looking at available titles in Canada though, I realized it just doesn’t make much sense right now, at least not for me.

If you browse through the shows and movies they have available, it’s an oddball collection that clearly only represents a fraction of what you would get in the United States.

While the service did have JCVD, Lie With Me, Lost In Translation, and Terminator 2, there were a lot of searches that came back with “[That item] is not available”. I looked for Lost, Citizen Kane, Highlander, Spider-Man, The Lord of the Rings: The Fellowship of the Ring, Burn Notice, MacGyver, and The Good, the Bad and the Ugly; none of them were available in Canada.

Instead, I got suggestions for an assortment of lesser-known and completely unknown shows and movies that I probably wouldn’t pay to watch unless I was really, really out of other ideas. I’m talking about Brick Lane, which came up when I looked for Citizen Kane; or the BBC adaptation of The Color of Magic (which I’ve already seen), which came up when I had searched for The Lord of the Rings: The Fellowship of the Ring.

The problem I’m sure, which is what happened when the Xbox 360 started offering movies in Canada through Xbox Live, is that Netflix needs to re-licence any content it wants to make available in Canada with this country’s licence-holders. In the United States The Lord of the Rings movies were distributed by New Line Cinema, but in Canada Alliance Films owns the rights, so Netflix needs to get Alliance Films on board before The Lord of the Rings is streamable here.

In a few months maybe Netflix will make more sense for me (especially once it is available on my Xbox 360), and I’m at least glad the service has finally made it north of the border. The price is certainly a great deal, even if I only end up watching two films each month. I just can’t justify paying for a service that doesn’t at least come with Citizen Kane, Highlander, and Lost.

P.S. The image for this post came from the Netflix website under the media section, but it’s probably an American image since it shows Let the Right One In which is also not available in Canada. Instead, Netflix suggests you might want to watch something called Terribly Happy.

Here’s the problem: Netflix is going to require money in order to re-license films for streaming in Canada. If we all wait until that happens, it just might not. If Canadians don’t at least prove to Netflix that we are a viable market, they may simply choose to keep the lame titles they already provide, or pull the plug on the service altogether.

I think it would be in our collective best interest to give Netflix a shot. Let’s pay for a couple months’ worth of the service and see if that cash injection translates into a broader selection of titles. If it does, consider Netflix.ca a success. If it doesn’t, what are we out? 3 lattes at our local Starbuck’s? Doesn’t see like a big gamble to me.

Agreed. We were going to sign up but when we saw the selection we decided against it. The variety was much higher when we live din the UK. They shouldn’t have launched if they weren’t fully prepared. Tehy’re just hurting their reputation in Canada.

Jerry, you do make a good point, but I’m not much for tossing money to a company just to see where it gets them. I fully expect to sign up for an account though, I just am in no rush. I’d like to see them prove to me that they’re serious about getting my business.

And Jason, you said it – good to launch ahead of the holidays, but I wish they had been a bit more prepared with content licences.

While it’s true that the selection isn’t really that great at the moment, I do believe that it will only get better as time goes by. I do not have cable or satellite at my home and I love the selection of Children shows for the kids. Also, at only $8 a month it really doesn’t take much viewing in order to get your money worth. I’ll keep it past the free trial and hope that the service gets regular updates. If not, then I can see the service becoming stale.

While I agree that the availablilty of recent films is limited or nil, I find the excellent selection of documentaries more than makes up for the shortfall in other areas. At $8.00 per month, Netflix provides a great supplemental source of viewing product. Here are a few films that I found: Dominick Dunne: After the Party, The Kid Stays in the Picture, Hester Street, Frontline:The Warning, Keep the River on Your Right, Mad men seasons 1,2,3. There’s plenty there, and more (I believe) coming.

I was also thinking of signing up for it until I started looking up movies (not new releases) and none of them were available. And most of these were pretty standard well-known movies from the last 20 years. The price is pretty good, but why would I pay anything to have access to a bunch of movies I don’t want to watch. Most cable companies offer a bunch of free movies through their VOD service which is actually about as useful as the Netflix Canada selection. I’d rather pay $20/month if they had good selection than $8/month for what they have now. At least then you’d be paying for something useful.

We signed up for the free trial and thank god it was free because the selections are TERRIBLE! Anything worth watching was so old that we had seen it already and everything else was a B rating or worse. We spent an hour going through every title they had to offer trying to find something we would like to watch and ended up switching back to our satellite to watch a rerun of Criminal Minds. We thought this might be able to replace our penchant for renting movies but until they have new releases, the service is absolutely pointless. I found watching HTV in Cuba more entertaining than Netflix and I don’t speak Spanish.

I was surprised to see the number of interesting documentaries, comedy movies, and tv shows for kids. The show Heroes alone, three seasons would cost at least 30$ at your Best Buy, or Futureshop.

Plus, there are a lot of titles I haven’t heard of, and they weren’t so bad.

Eight dollars is really immaterial compared to what most of us spend on entertainment in a month. You go to the movies, you spend money on gas, tickets, popcorn, and have the hassle of traveling and loosing time.

If your financial situation causes you to think twice about eight dollars, then I would advise you to stick to watching movies on the net. Netflix is worth 8 dollars, granted we deserve more selections, but regardless its not bad for a mere eight bucks!

I don’t know why peeps complain so much. I’ve stopped trying to find a specific movie and instead browse the suggestion section and by genre. It doesn’t take long to find a movie to tickle my fancy. Often obscure movies that i would never have rented or even downloaded, but just a look at the synopsis and i’m watching it on netflix. Like ‘Requiem for a dream’ which is one of the toughest movie i ever watched and one of the better ones i’ve ever seen! Animals was quite good too, better than what i remember of the trailer for it. Carlito’s way is available and its a great classic. I also saw ‘American History X’ which is fantastic. Mad Men is very very good. Finding something on netflix is far easier than finding something on the net and downloading it/streaming it unless you know exactly what you want to watch.

Netflix is great for finding new movies instead of sticking to the old usual crappy hollywood style ones we used to watch. And i haven’t checked out the documentaries yet! 8$ a month is too much? It cost me more money renting 2 movie at the video store!

Oh and by the way, none of the movies i’ve seen were HD (i checked my internet total GB downloaded and no way i only got to 65 GB with all the movies and tv series i’ve seen this month if this was all in HD!). And the quality is DVD like except for old movies who seems to be VHS like sometime. Anyway, its good enuf for my non-hd tv and i can’t be bothered with the difference for all those HD freaks out there who swear by it (most are probably paid shill for hd tv manufacturer anyway)

As an update, I’m jumping into Netflix in the next week and will keep you all updated. There’s an Xbox 360 Dashboard update that will also update the Netflix interface, so that should be interesting to play with as well.