Hathaway and Franco to host 2011 Oscars 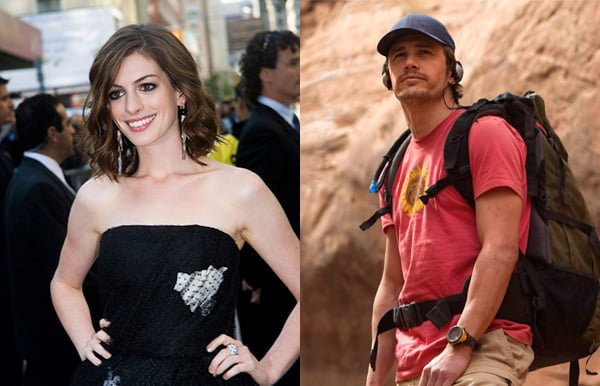 This should be another interesting year at the Oscars. Oscar telecast producers Bruce Cohen and Don Mischer announced today that A-listers James Franco and Anne Hathaway will host the 83rd Academy Awards, which is a first for both actors.

Last year, Steve Martin and Alec Baldwin acted as the show’s hosts, which was the first time in decades that the show had been hosted by two stars.

Since both Franco and Hathaway are such amazing actors and personalities, I’m all for this combination, but here’s the one thing that I think is worth mentioning: the Oscars are not about the hosts any more.

Back in the day when Billy Crystal hosted the awards, people watched the show to see his song and dance routine. For my generation, Billy Crystal was the Oscars. His Silence of the Lambs entrance in 1992 is still an indelible memory.

While I’m hoping Franco and Hathaway can leave their mark on the Oscar stage, I’m trying to keep my excitement to a reasonable level because I’ve seen what happened to Martin, Baldwin, and Hugh Jackman (although, admittedly, Jackman had a fantastic opening musical number). The Oscar producers pick some great people to go up on stage, but these days, after so many failed hosts, there’s a certain sense that the show is supposed to be the star of the show, rather than letting the stars take all the limelight.

Read below to see what the producers had to say about Franco and Hathaway:

“James Franco and Anne Hathaway personify the next generation of Hollywood icons–fresh, exciting and multi-talented. We hope to create an Oscar broadcast that will both showcase their incredible talents and entertain the world on February 27,” said Cohen and Mischer. “We are completely thrilled that James and Anne will be joining forces with our brilliant creative team to do just that.”