Fall Out Boy on MTV Live 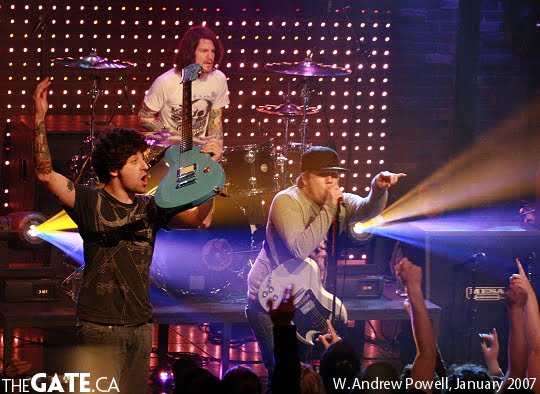 MTV Live had a little visit from Fall Out Boy when they were here in Toronto for a show, and promoting their new album Infinity on High, and I had the chance to sit in and grab a few shots. The gallery will be online soon, but for now here’s a sample. You can catch the performances and their interview on the show during MTV’s Fall Out Boy week starting on January 29.

>> Update: The photos from the interview & performance are now live @ the photo galleries.