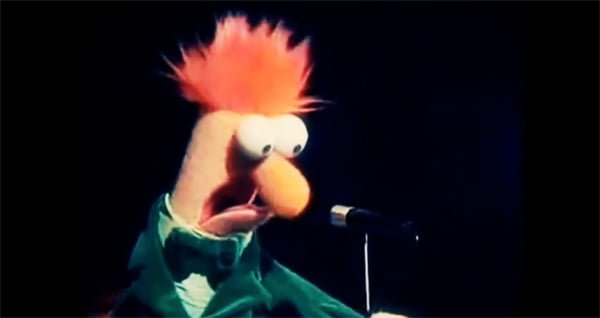 The Muppets take on Kanye's Monster

Kanye West may be a mega star, but he’s also one of the most laughable superstars the world has seen since Milli Vanilli. Read just one of his tweets and it’s hard to decide whether you should laugh, or just give up all hope for humanity. This week’s funniest Kanye moment though isn’t courtesy of yet another of Kanye’s delirious tweets, it’s a mashup of his musical brilliance and who else? The Muppets.

If you’ve ever wanted to see Kermit the Frog (AKA Kermy West) or Miss Piggy (AKA Piggy Minaj) swear like true rap legends, this is the video for you. The video remixes Kanye’s song “Monster” with all your favorite characters, including “Faw-Z”, “Rizz Rat”, “Von Count”, and a whole street full of Sesame Street’s hood-loving characters.