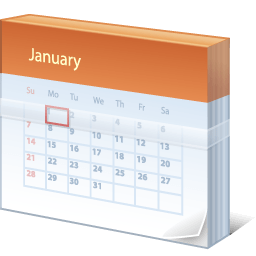 Welcome to 2011, my friends, which I’m dubbing the year of “Gettin’ Stuff Done”. What the stuff will be, I have no idea, but I’m already feeling 65% more efficient with the concept alone.

On a more interesting note, I’m going to some swank-ish dinner on Thursday night for Warner Bros. Home Entertainment, who are pushing their awards season lineup of Blu-rays and DVDs. Every quarter they throw these events and they’re usually well catered and amusing thanks to the PR team and the folks at Warners, but this time the event is apparently a sit-down dinner at a swank venue. Now the only question is whether I need to get dressed up or not. It doesn’t hurt that I’m a sucker for the Oscars, so anything awards season sounds good to me.

Otherwise, I’m trying to take this time to get caught up on watching piles of movies and shows that I’m way behind on.

For shows, I really need to get caught up on a bunch of Space shows, including Merlin, Being Human, and Primeval – all of which I either have barely watched, or haven’t watched at all. I’m also woefully behind on Showcase’s Lost Girl, which I’m kind of addicted to, but haven’t had time to watch much of the second half of the season. I also haven’t seen the last 2 episodes of Stargate Universe, which I want to watch in preparation for the beginning of the end of the series (I am all kinds of upset about SyFy’s cancellation of Stargate Universe, but I have so much to say on that, I’ll have to save it for another post).

On top of Blu-ray and DVD movies though, I’m also jacking into Netflix to watch a bunch of random movies I’ve never seen before, but have always wanted to watch. Netflix in Canada is still woefully behind the times, and doesn’t offer much in the way of big, new movies, but there is still some wickedly cool stuff on there: Lock, Stock and Two Smoking Barrels, Waiting…, Crazy Heart, An Evening with Kevin Smith, Gosford Park, My Winnipeg, and a pile of others.

For now, I’m off to go scan five strips of colour medium format negatives from my September trip to France with Aisha that I still haven’t even had a chance to look at, and they’ve been developed for weeks now.