Stay tuned for the Junos 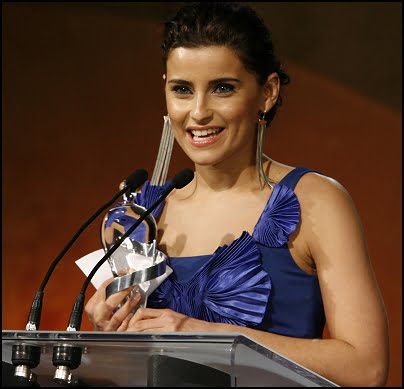 Nelly Furtado @ the Gala Awards & Dinner
Courtesy CARAS/2007 Juno Awards
Unlike the last few years, I didn’t make it out to Saskatoon this year for the 2007 Juno Awards, but I decided that wasn’t going to stop me from blogging about the show. So I just thought I’d give you all a heads up – I’ll be blogging about the show from now until it ends (eTalk’s Red Carpet show starts in 10 minutes), and we’ll just see how it goes.

There are only seven awards being handed out – the other thirty two were handed out last night. But there are going to be a number of performances, and we’ll just see if host Nelly Furtado ends up claiming even more awards after the two she took last night (it’s very likely she’ll take every award she’s nominated for – including Single of the Year and Album of the year).