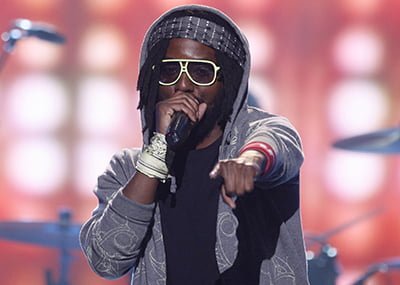 There’s been a lot of talk since yesterday about k-os and his little, “This show is propaganda” bit in the middle of his Juno Awards performance of “Sunday Morning”. Aisha even asked me why I hadn’t made a comment about it in my blog posts, so I figured I’d bring it up since everyone else is talking about it.

The truth is, I’m a little tired of k-os. His music is awesome, he’s a good performer, but when it comes down to his views he sometimes just comes off as a hot head.

What bugs me about this isn’t what he said about the Junos though (they are really just about selling records, wouldn’t you say?) but why was he even up there if he feels so strongly about the show in the first place? My only guess is that he’s legally obligated to be there, thanks to his contract with his record label, but I don’t know. Even if his label does have him legally bound like that, why would they force him if they knew he’d just speak out against the show? Kinda seems like bad press to me.

That said, his brief comment did make for a few seconds of good TV. And on the bright side he may have opened some teenage eyes to what the show is all about. I just think there’s a more relevant way of speaking out against the show. At least one artist showed us how in the past – he just wouldn’t show up at the event in the first place. I’m inclined to think that also sends a powerful message to the people who run the event – maybe with more pressure they’ll ditch the current trend and aim for a show that reflects more strongly on what Canadian music really is all about. Maybe they’ll actually present some awards to some artists who aren’t already on the radio. Heck, maybe they’ll finally take the Junos to Quebec after ignoring it for the last six years…