Catching the TIFF Next Wave 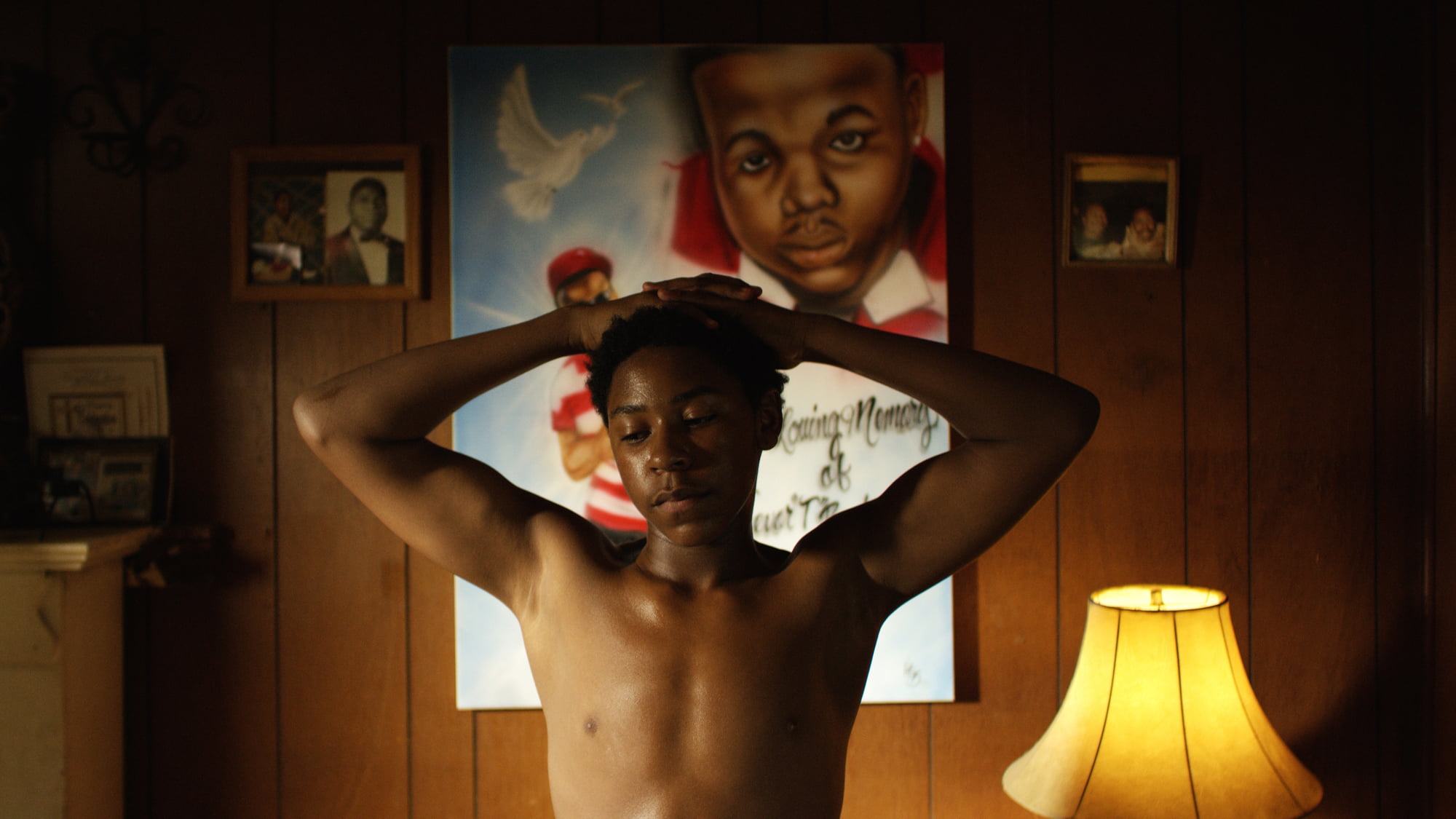 Every February, TIFF hands the programming reigns and keys to the TIFF Bell Lightbox over to a team of film loving teenagers for the annual Next Wave Festival, a weekend of events, screenings, and talks geared towards the 14-25 set. Although the programming selections often feature themes, subject matter, and stars that would appeal to teenagers, increasingly Next Wave has become something even more intriguing to local film culture: a place where overlooked independent films from around the world get a chance to screen in a local cinema. Not only do these films speak to the “next wave” of cinephiles, but it’s also a wide ranging look at where cinema is headed in the coming years.

Next Wave kicks off on Thursday, February 15th at 7:00 pm with a special In Conversation session with Amandla Stenberg. While 19 year old Stenberg is best known for playing the lead role in last year’s teen romance Everything, Everything and appearances in The Hunger Games franchise and the character drama As You Are (which screened at Next Wave last year), her resume is far more substantive than just the credits on her IMDB page. A noted activist and advocate for women’s and queer issues, Stenberg has just as much to say off screen as she does through her on screen characters. She’s also an artist, a musician, and she co-wrote a series of graphic novels. Always outspoken and always staying active in a number of different fields, Stenberg is a perfect choice to kick off the Next Wave festivities.

Friday marks the official opening night of Next Wave, and while there aren’t any films screening that day, the events taking place speak volumes to the sense of community that the youthful programming staff are seeking to achieve. The day is largely taken up by The TIFF Next Wave Co-Lab, a series of events that offers creative types 25 and younger a chance to link up and network with like minded artists and thinkers. It starts at 9:30 am with a special coffee and light breakfast chat between Stenberg and The Huffington Post’s Allia Mcleod about efforts being made to transform the industry into a more equitable and safe space for women and people of colour. Following that, writer-director-actor Kelly McCormack will participate in a workshopping session, talking with interested artists about any story or character ideas they might want to discuss in a group setting. After lunch, writer, director, and super producer Greg Berlanti (Arrow, Riverdale, Dawson’s Creek) will Skype in for a special Q&A session, filmmakers Caitlin Grabham and Jasmin Mozaffari will lead a discussion about how they adapted their short film Firecrackers in to a feature, and it will cap off with a diverse, inclusively minded roundtable of young artists talking about how to navigate a continually changing industry. It’s about eight hours in total, but special rush tickets are available to anyone interested in popping in and out just before the start of every section.

Later that evening is one of Next Wave’s biggest traditions, the annual Battle of the Scores. Six bands made up entirely of high school students will be asked to perform a musical score for a short film in front of an audience. Playing along to a short titled Master Controlled by filmmakers Ryan Bobkin and Ethan Godel, the bands will be judged by a panel of music and film industry veterans, and the winning band will be given studio time at Toronto’s Royal Oak Studios and a chance to provide part of the score for filmmaker Jovanka Vuvkovic’s upcoming feature, Riot Girls. The always lively and unpredictable event will be hosted by nirvanna the band the show stars, creators, and shit disturbers Matt Johnson and Jay McCarrol, who are a perfect fit for this sort of on-the-fly style of creativity. 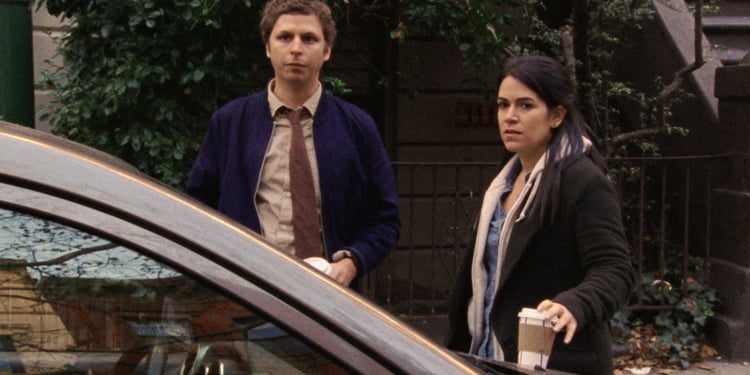 The film line-up starts in earnest on Saturday with a trio of recent cinematic efforts from around the world, and with another Next Wave tradition: a marathon of classic movies teens either already adore or that they’ll love as soon as they see them. This year’s classic line-up includes Bend It Like Beckham (12pm), Bring It On (2:30pm), Richard Linklater’s Dazed and Confused (6:15pm), the exceptional sci-fi thriller Attack the Block (8:30pm), and the groundbreaking documentary Paris is Burning (10pm). It’s the best marathon line-up that Next Wave has put together yet, and if you’re an adult that hasn’t seen any of these films, they’re all worth watching in a cinema with an audience that will truly appreciate them.

The bulk of the Next Wave film offerings screen on Sunday. Like recent years, the festival functions as both a platform for buzzworthy studio releases to make grand, local premieres – like playwright turned filmmaker Cory Finley’s Thoroughbreds (Saturday at 9:30 pm) and Berlanti’s heavily hyped directorial debut Love, Simon (Sunday at 7:30 pm) – and for overlooked indies to get a second chance with festival audiences.

Dustin Guy Defa’s pastiche of everyday life in New York City, Person to Person (Sunday at 5:00pm, co-presented by local indie movie producers and boosters MDFF), got a minimal release in the U.S. last year, and next to nothing up here, which is a shame because it’s a loose fitting, breezily effortless look at people of all ages trying to navigate their already overly complicated lives. Featuring great performances from Michael Cera (as an overcompensating, metal loving newspaper reporter), Abbi Jacobson (as Cera’s newly hired underling), Philip Baker Hall (as a shop owner and watch repairer), Bene Coopersmith (as a kind soul trying to track down a rare jazz record), Tavi Gevinson (as a thoughtful, but easily rankled teen), and Michaela Watkins (as the widow of a recently murdered man), this could have been a trite piece of interconnected storytelling in the tradition of any number of Crash clones, but instead it’s something a lot more subdued, intelligent, and subtle.

Executive Produced by David Gordon Green and Danny McBride, Amman Abassi’s Dayveon (Sunday at 2:45pm) tells the story of a young, black teen in small town Arkansas who finds himself equally intrigued and repulsed by the notion of joining a gang. Working with a cast made up on non-actors and shooting in as gritty and claustrophobic of a style as possible, Abassi’s film looks and feels like a continuous sad and conflicted series of photographs that speaks to the titular character’s lack of options, role models, and creative outlets. It’s one of the shortest films in this year’s festival, but also one of the most powerful.

The wealth of imagination and creativity on display in South African filmmaker Jenna Bass’ High Fantasy (Sunday at 7:45pm) – which played TIFF last fall and deserved far more notice than it ultimately got – will serve as an inspiration to any young person who sees it. Filmed entirely on iPhones and boasting an improvisational vibe, High Fantasy takes its narrative gambit from one of Hollywood’s most clichéd sub-genres: the body switching comedy. In this story of a group of teens on a camping trip who awaken to discover they’ve swapped bodies, Bass uses her well worn inciting incident not for the high concept camp that the title might suggest, but for a deeper, more realistic discussion on issues of race, gender, privilege, and sexuality. It’s also as entertaining and cleverly designed as it is entertaining. Young folks and adults alike should take notes, and I can’t wait to see where Bass goes from here. DIY high concept filmmaking doesn’t get much better than this.

The darkest film from this year’s line-up, German author and filmmaker Helene Hegemann’s Axolotl Overkill (Sunday at 10:00pm), is also one of the most intriguing. Adapting her own controversial novel about a young woman (Jasna Fritzi Bauer) navigating Berlin’s club scene and her own screwed up family with equal amounts of snark and apathy, Hegemann’s work feels akin to a European version of Bret Easton Ellis in his 1980s prime, but unlike an Ellis novel, the situations contained within this film ebb and flow, allowing the viewer to take everything in before feeling suddenly aghast or disgusted by the main character’s anti-heroic behaviour. While many films in Next Wave suggest that the kids will be alright, Axolotl Overkill suggests that some will always seek their own potentially self-destructive paths.

A major theme in this year’s brief, but well rounded line-up of Next Wave features is cultural inclusivity, with films depicting the lives of young people from around the world. Bad Lucky Goat (Saturday at 4:00) is a Creole language film from Columbia about a sibling rivalry that erupts following the accidental death of the titular animal. The striking Barley Fields on the Other Side of the Mountain (Sunday at 1:45pm) is a UK-Tibetan co-production about a 16 year old girl attempt to reconnect with her arrested father in the occupied Asian country. The Swedish film Beyond Dreams (Sunday at 5:15pm) is a story of female teenage sisterhood. Bad Genius (Sunday at 8:45pm) is an intricately plotted tale about a true life case of text fixing and class division from Thailand that picked up the audience award at Reel Asian last year and is currently on the verge of getting an English language remake. And yes, the Canadian cultural melting pot is on display with a pair of offerings: the creatively mindful documentary A Kid from Somewhere (Saturday at 7:00pm with an extended panel discussion Q&A) and the Quebecois punk rock romance Fake Tattoos (Sunday at 4:15pm).

As always, people under 25 can get their tickets free of charge, and anyone sliding towards middle age will be charged full ticket prices (and premium prices for some specially designated screenings). But no matter what’s being charged for admission, these films are worth something more important than money spent. They’re worthy of one investing their time to see them. The team of young, constantly rotating programmers responsible for the Next Wave festival deserve a huge round of applause for another year well done.

For a full list of films, events, showtimes, and ticketing information, please check out Next Wave over at TIFF’s website.