A low-budget, but effective and well acted World War II drama, Recon is built on standard trappings, but will likely appeal to fans of the military melodrama genre. There’s not much in writer-director Robert Port’s adaptation of Richard Bausch’s award winning novel, Peace, that hasn’t been seen before and better, but like any good soldier, Recon remains focused on completing its mission, delivering a solidly suspenseful tale of troops caught in a bad situation that’s about to get a whole lot worse.

Based somewhat on true events, Recon takes place around the Battle of Montecassino just north of Rome. Allied troops are preparing an attack on German forces hiding just over the snow capped mountains, but one of the commanding officers (Lochlyn Munro, in a pretty strong cameo) demands better intelligence before sending his men into battle. Four soldiers who just completed a mentally scarring mission – Marson (Alexander Ludwig), Joyner (Sam Keeley), Heisman (RJ Fetherstonhaugh), and Asch (Chris Brochu) – are sent back out to perform recon and report on enemy movements. The mission is fraught with various perils including snipers, rickety suspension bridges, freezing cold temperatures, wolves, mines, and a local guide (Franco Nero) who could be an enemy spy leading them all to their deaths.

Recon is a basic, stripped down, Canadian filmed, basement budgeted take on Band of Brothers, but while the Vancouver locations are a bit hard to buy into as being European, the performances and Port’s firm grasp on tone go a long way. The overall situation for these soldiers comes across as plausible and appropriately dangerous. While it’s far from being one of the more intense war pictures of recent memory, Recon boasts a pleasing and captivating amount of unpredictability and moral ambiguity. Recon depicts soldiers already struggling with the consequences and psychological toll of previous actions being thrust into another compromising situation. Port (an Oscar winning short filmmaker delivering his feature debut) is less invested in military minutiae and more interested in seeing where these characters go from the film’s harrowing opening scene. It’s a film that respectfully depicts Post Traumatic Stress Disorder across a spectrum of shared experiences and conflicting reactions, and does well by those who’ve had to endure similarly life threatening situations. 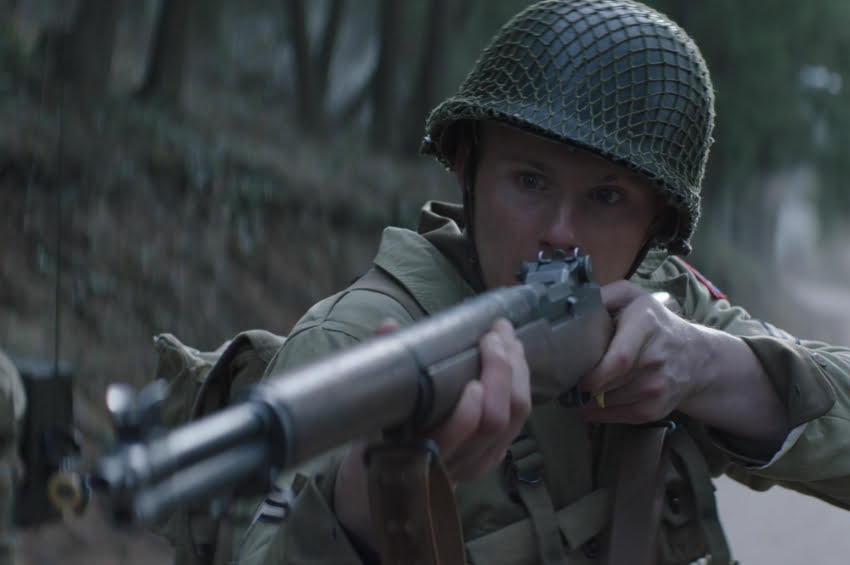 Port hides his film’s lack of scope well at most points (thanks in no small part to cinematographer Edd Larson), but there are a few flashes of out-of-place style that occasionally make Recon unnecessarily stylized. An overly precious bit early on where the film rewinds itself to show how a bad situation started adds nothing, and later the same gambit is employed again to no effect whatsoever except to goose the audience. It’s also the sort of film that tries to equate suspense with sometimes frantic editing, which would work better if the woodland set narrative of Recon had any scenery beyond the same set of trees to look at. Port wants Recon to seem bigger than it actually is, but the moments where he employs a more nuanced and subtle approach prove that less is more in this case.

What really holds Recon together best is the core cast, who make the most of characters that are written – like many cinematic soldiers – as not much more than a bunch of defining traits. Marson is the college educated de facto leader of the squadron, trying to overcome the numbing effects of shock. Joyner is the entitled, grizzled one who thinks he should be in charge and is largely the reason for all of his fellow soldiers’ troubles. Asch is the tough talking Boston Jew, and Heisman gets his nickname from being a noteworthy college athlete. Each of the actors brings a unique spin to some classic military archetypes, with Ludwig in particular making a big impression with his best big screen performance to date. Their bickering and shared fear elevate the film above its modest trappings to a point where one would be convinced watching them perform this material on a bare stage.

Recon drags somewhat towards its obvious reveal, but everything that happens up to that point feels compelling and reasoned enough to be thoughtful, respectful, and entertaining. Curiously, the pre-credits coda that explains what happens to the main character is so interesting and ripe with drama that it’s disappointing to not see it played out on screen. Nonetheless, Recon is somewhat better than one might expect from its modest trappings, even if it falls far short of being an all time genre classic. In the grand scheme of the war (and even the battle it’s centred around) Recon is a relatively small story, but that scaled back approach to the allied experience makes it more memorable than less successful films two or three times its size.

Recon is available on VOD in Canada starting Tuesday, November 10, 2020. It will also screen theatrically at select cinemas in British Columbia. If seeing a film in cinemas, please take all necessary precautions. Practice social distancing, wear a mask, and stay home if feeling ill. 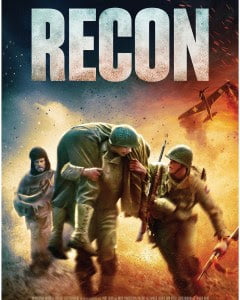 That’s an hour and half I’ll
Never get back……