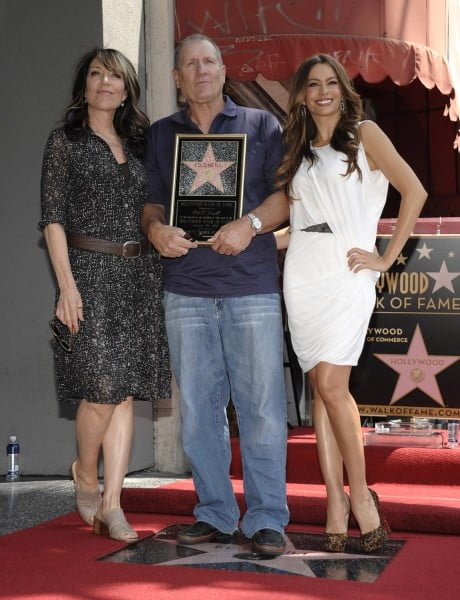 Modern Family and Married with Children star Ed O’Neill was honoured yesterday in Los Angeles with a star on Hollywood’s Walk of Fame.

O’Neill, who played Al Bundy on Married with Children, and stars as Jay Pritchett on Modern Family, was joined at the event by both of his television wives, Katey Sagal and Sofia Vergara.

Ed O'Neill and the cast of Modern Family