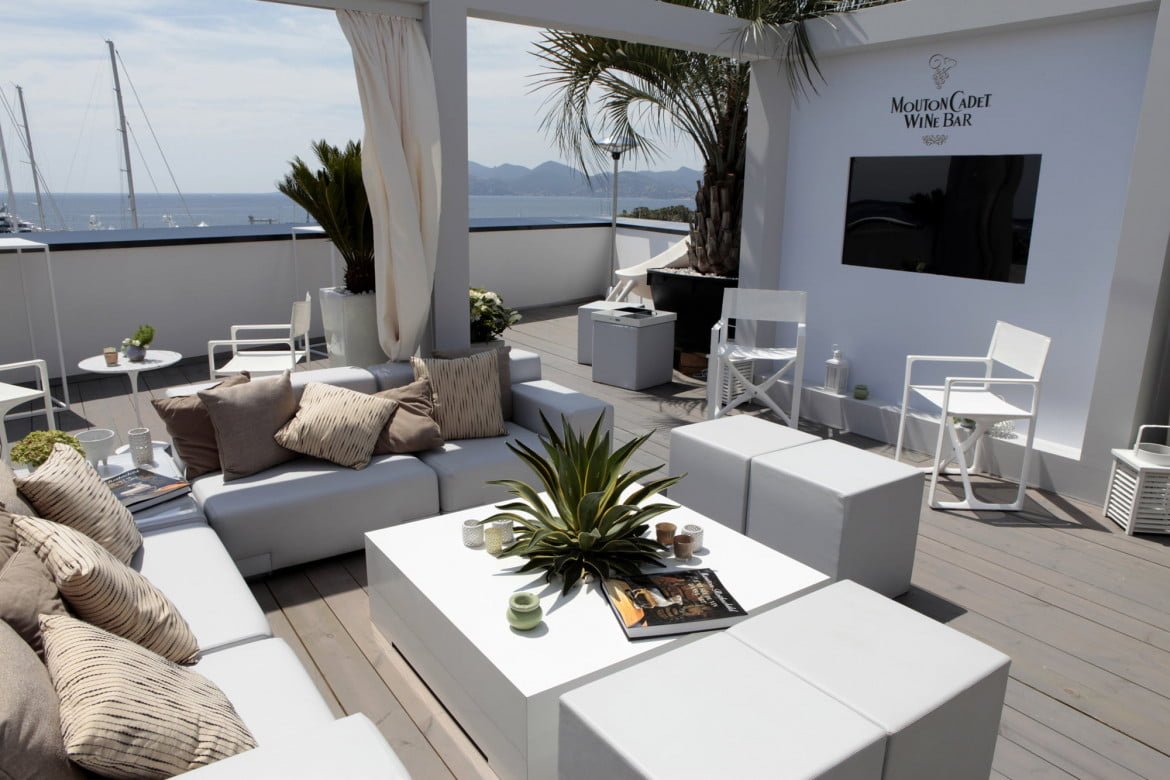 Ahead of this year’s 2013 Festival de Cannes, which runs from May 15th to 26th, Baron Philippe de Rothschild wines has announced the return of their Mouton Cadet Wine Bar, which they have proclaimed one of the most intimate locations during the festival for stars to rub shoulders, and to sip some of their premium vintages.

“Facing the sea, on the Festival Palace rooftop, the Mouton Cadet Wine Bar will be the most exclusive venue on the Croisette this year again,” the company exclaimed in a recent press release.

“Offering panoramic views and unrivalled features in Cannes, the Mouton Cadet Wine Bar brings together the greatest stars to enjoy its wines.”

The Cannes film festival is a bustling place for exclusive parties, and every year it is one of the world’s must-attend events for A-list celebrities to promote their latest projects.