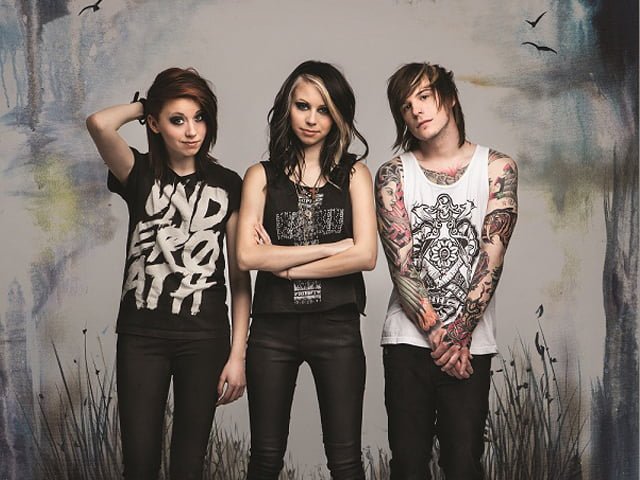 Courage My Love were first discovered in a Stratford, Ontario battle of the bands competition three years ago. Since then they have worked their way up in the music industry and landed slots at summer festivals including the Vans Warped Tour, NXNE and Canadian Music Week.

In early June they released their first EP titled Becoming. The eight-song record was recorded in Toronto and produced by Chris Perry. The video for the first single, “You Don’t Know How”, was shot by award-winning director Warren Sonoda.

The band is based out of Kitchener, Ontario and is led by twins Mercedes Arn-Horn and Phoenix Arn-Horn on guitar and bass, respectively, with both providing vocals. Brandon Lockwood plays bass.

The band has decided to embrace social media and is making an online episodic video series called “The (Un) Real Lives of Courage My Love” with new videos posted every Friday at 8:00 PM (ET).

Courage My Love are on tour in Eastern Canada until early July, with one tour date in August:

Watch “You Don’t Know How”: