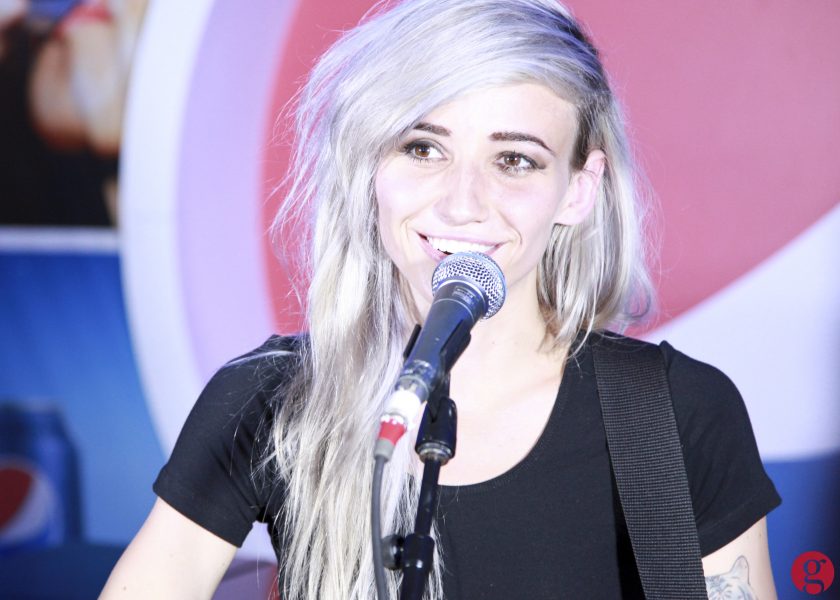 Queen street was steamy today, and so was the Pepsi Pop-Up event when singer Lights took the stage to sing a few songs in front of lucky fans who had won their way into the event.

The Pepsi Pop-Up events will be happening throughout the summer at 315 Queen Street West, and will include mini shows by The Cayucas, Karl Wolf, Shawn Desman and The Switch, The Summer Set, and Courage My Love.

Pepsi will be hosting Pepsi Taste Test challenges at each of the events, and anyone attending gets treats, Pepsi samples, and if today is any indication, one of their unique Toronto-themed Pepsi t-shirts.

As publicity stunts go, I also wonder if the event was well timed to test whether Pepsi quenches thirst on simmering summer days. You’ll just have to decide that one for yourselves though.

Watch Lights perform, including a sample of “Toes” and a cover of U2’s “Still Haven’t Found What I’m Looking For”:


Twitter highlights from the Pepsi Pop-Up:
Tweets about “#pepsipopup”