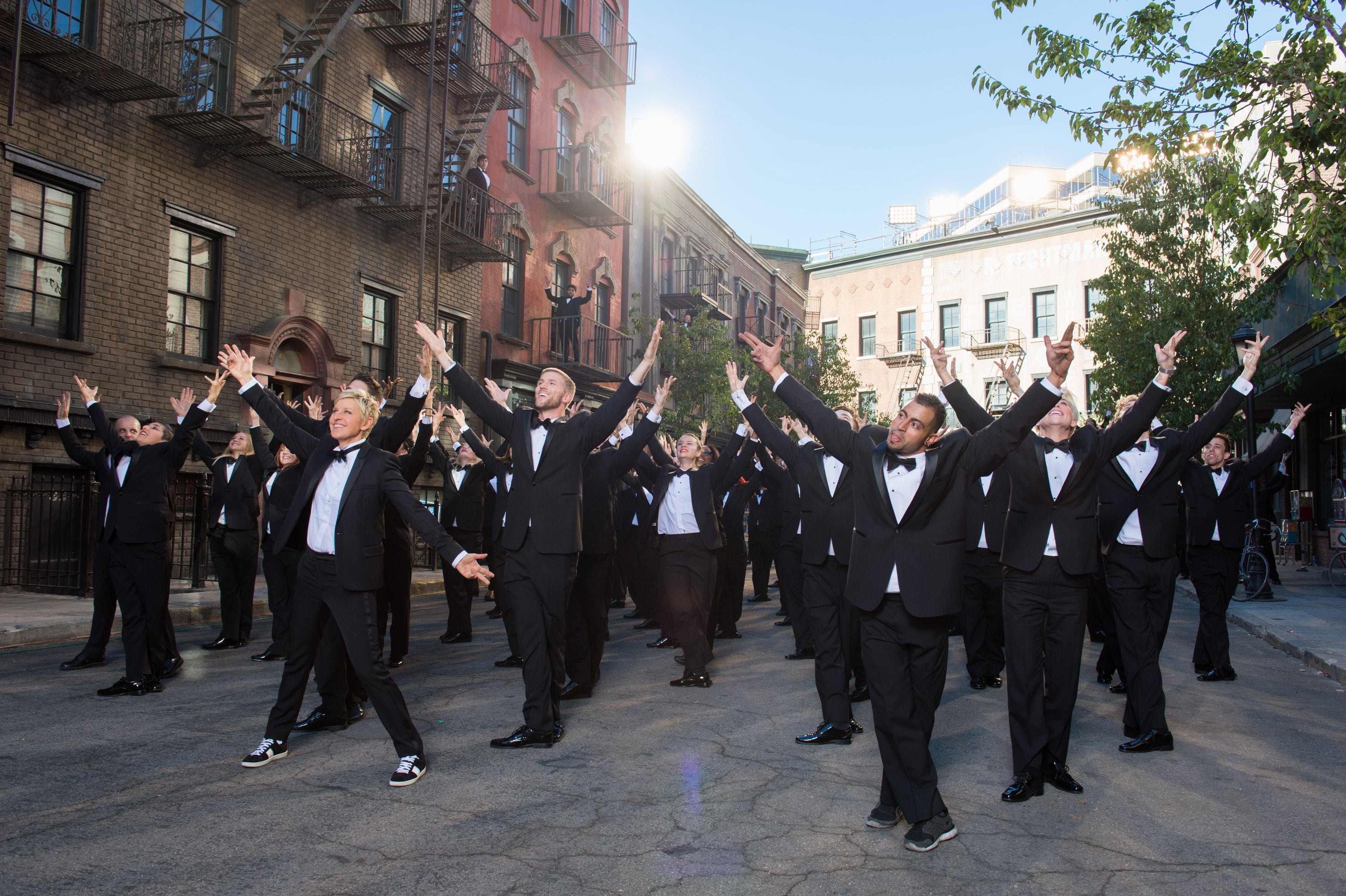 Less than two weeks from now the Academy Awards will announce the nominees for the 2014 Oscars, but not before host Ellen DeGeneres got her groove on with a group of tuxedo-clad dancers, who all got very theatrical to the song “The Walker” by Fitz and The Tantrums.

The “teaser trailer” for the Oscars was helmed by new Academy Awards member, and Bridesmaids director, Paul Feig, and choreographed by Stephen “tWitch” Boss.

“I had the best time making this,” said DeGeneres. “I love Paul, I love tWitch, I love Fitz and I like most of the Tantrums.”

Feig said in the statement, “To work with Ellen, tWitch Boss, Allison Holker and 250 amazing dancers to the music of Fitz and The Tantrums to promote the Oscars for the Academy of Motion Pictures Arts and Sciences was an absolute dream come true. Just typing that sentence made me giddy and exhausted. I’m going to lie down now.”

The 86th Academy Awards air Sunday, March 2, 2014, live from the Dolby Theatre at Hollywood & Highland Center on ABC in the U.S. and CTV in Canada. The special trailer will also be appearing in theatres starting today. 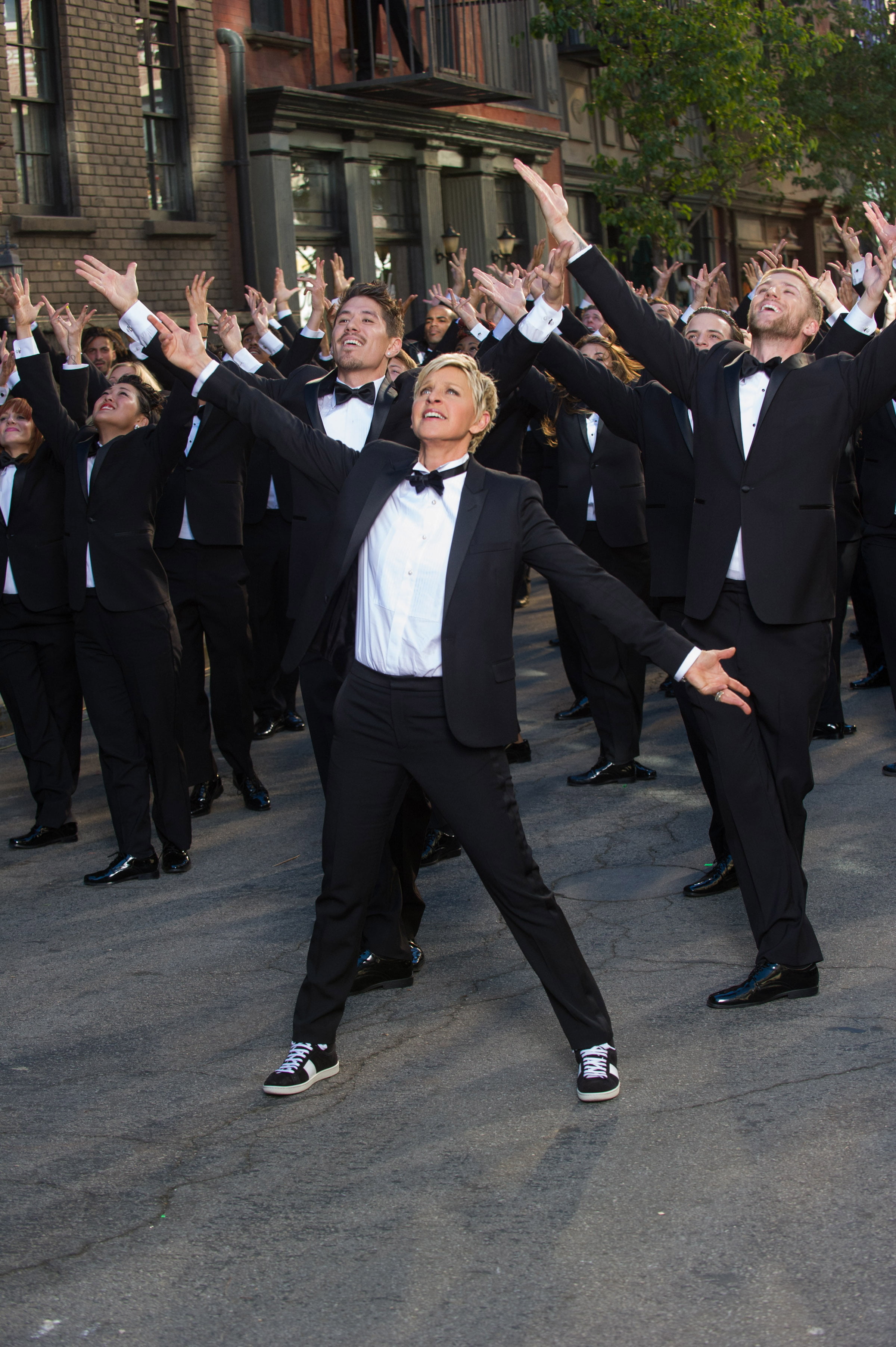 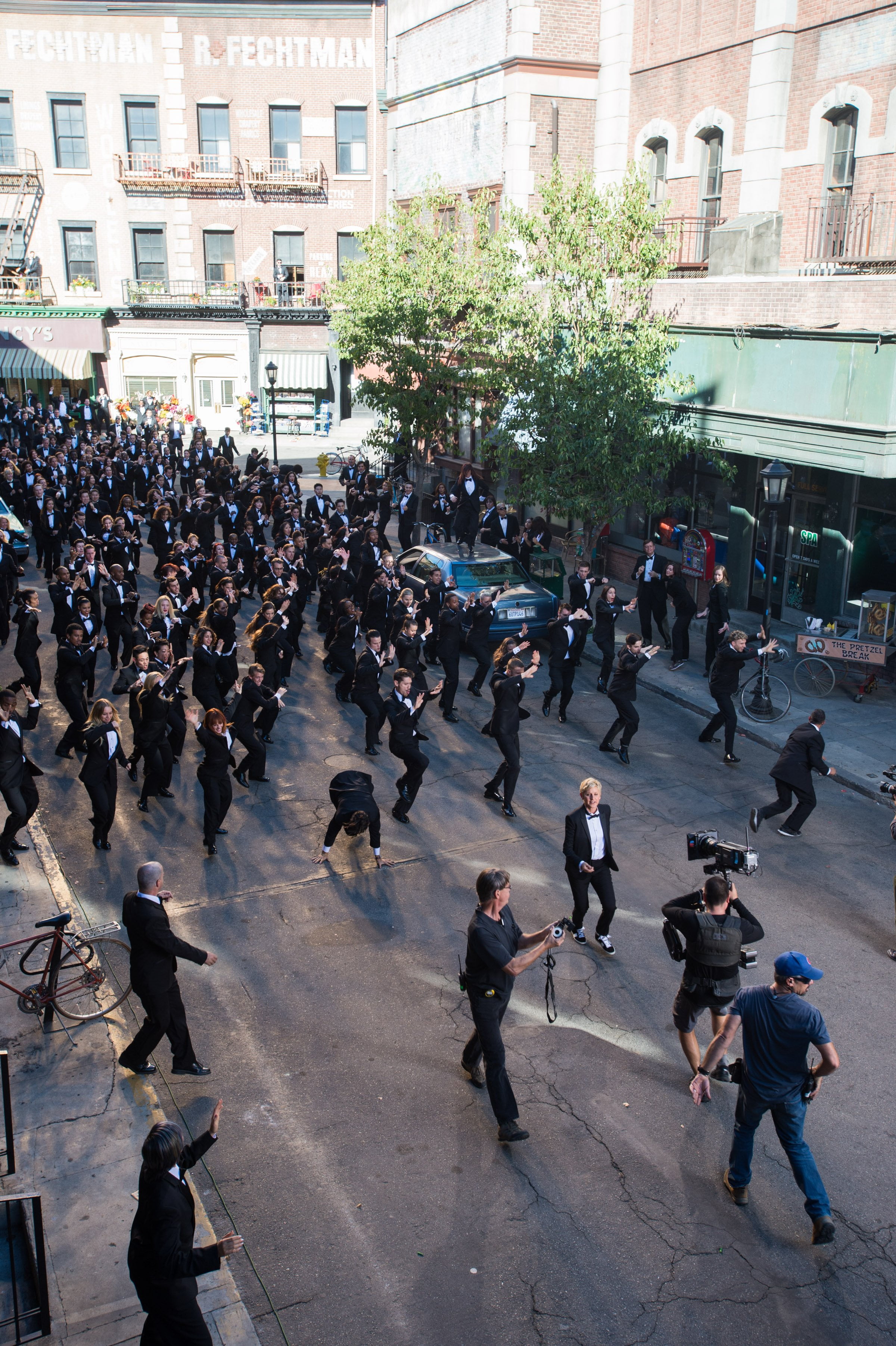 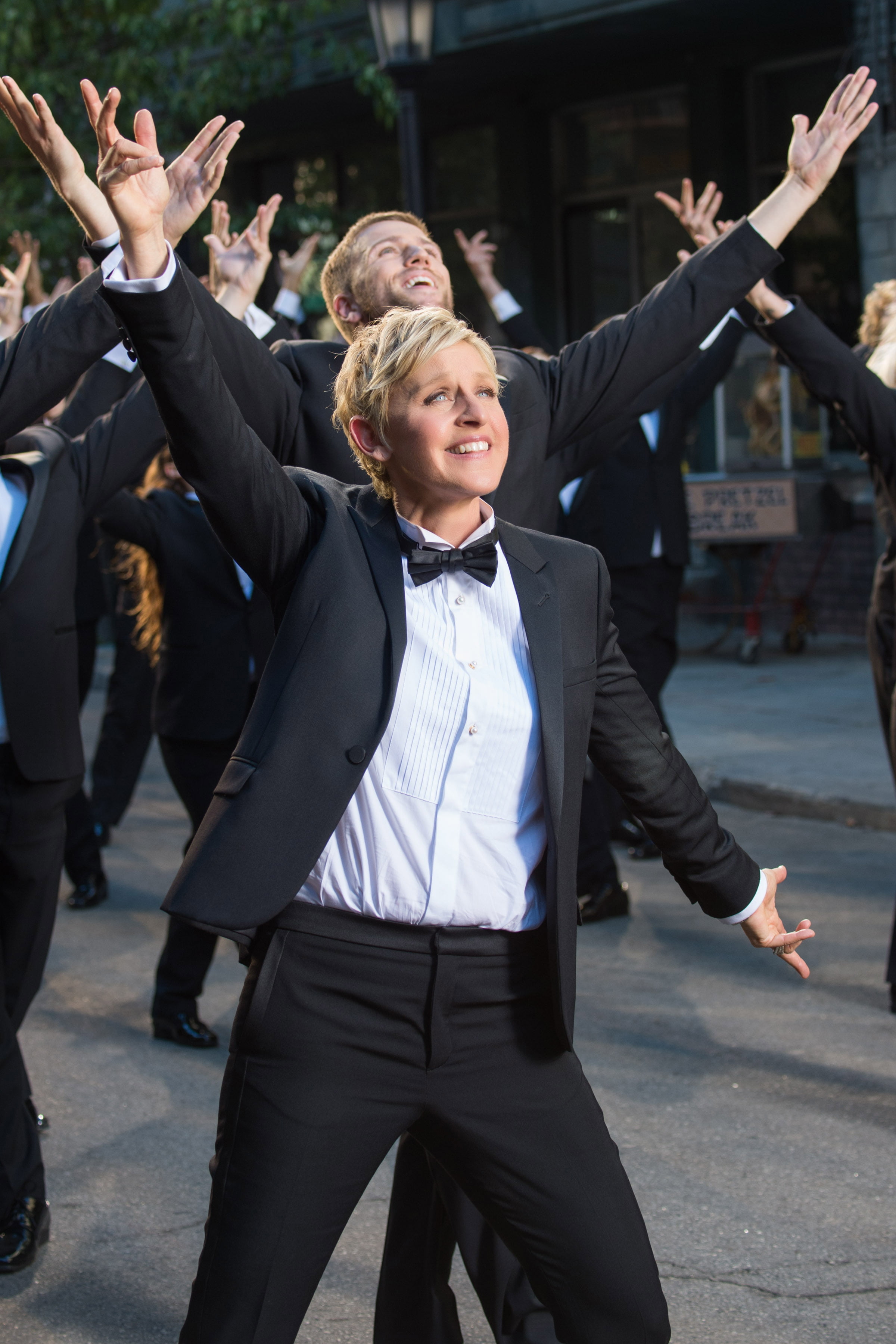