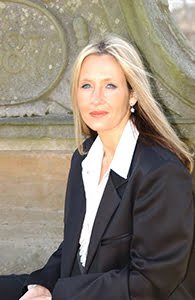 Joanne Kathleen Rowling, better known as just J.K. Rowling, might be the best modern example I can think of for what you’d call a real life fairy tale. Born on July 31, 1965, the British novelist was unemployed and living on welfare with her daughter when she finished the first Harry Potter book in 1995, Harry Potter and the Philosopher’s Stone. That book, and the six that would follow, plus the movies, and all the toys and marketing, would end up turning Rowling into billionaire within just a few years.

It’s the kind of rags to riches story that hardly even seems possible, but Rowling has become an absolute success story and it all started with a trip between Manchester and London where Rowling first had the idea of the boy wizard, Harry Potter.

“I had been writing almost continuously since the age of six,” Rowling says in her official biography, “but I had never been so excited about an idea before. To my immense frustration, I didn’t have a functioning pen with me, and I was too shy to ask anybody if I could borrow one. I think, now, that this was probably a good thing, because I simply sat and thought, for four [delayed train] hours, and all the details bubbled up in my brain, and this scrawny, black-haired, bespectacled boy who didn’t know he was a wizard became more and more real to me.”

Over the next five years, over which time Rowling’s mother died, Rowling worked on the manuscript on a manual typewriter. In that time she moved to Portugal, married, had her daughter, and was divorced before she moved to Edinburgh to be near her sister.

Oddly enough, Rowling’s manuscript was rejected by a number of publishers before it was picked up by Bloomsbury Publishing. At the time Bloomsbury editor Barry Cunningham wasn’t hopeful for Rowling’s future though and according to an article at WKYC.com, he advised her to get a day job since “she wouldn’t make any money at children’s books”.

Rowling managed to continue writing, thanks to a grant from the Scottish Arts Council, and in the spring of 1997 American publisher Scholastic picked up the U.S. rights to the book for $100,000.

That was really just the start of Rowling’s success of course. From there she won numerous awards for the books, including the British Book Award for Children’s Book of the Year, sold the film rights to Warner Bros. in 1998, and in 2000 was named an Officer of the Order of the British Empire by Queen Elizabeth II.

Since starting her career as a writer Rowling has become a household name, and the Harry Potter series has become one of the most well known modern tales in children’s literature. In all, Rowling’s books have sold an estimated 270 million copies worldwide in a total of 62 languages, and that’s not even counting the pre-orders for her seventh and final book in the series, Harry Potter and the Deathly Hallows.

As fans await the book, which hits store shelves this Saturday, July 21, they also wait to find out what Harry’s fate will be against the villainous Lord Voldemort. Speculation has been all over the place, but no matter what happens, Potter mania is in full swing, and it’s not likely to wrap up any time soon. There are still two more films to be made, and currently Harry Potter and the Order of the Phoenix has been at the top of the box office for the past week.

And even if Harry’s tale is coming to an end in Deathly Hallows, Rowling’s fairy tale career as an author is likely just beginning. Rowling left her mark with Harry Potter, but I’m sure Iâ€™m not the only one looking forward to the stories yet to come…