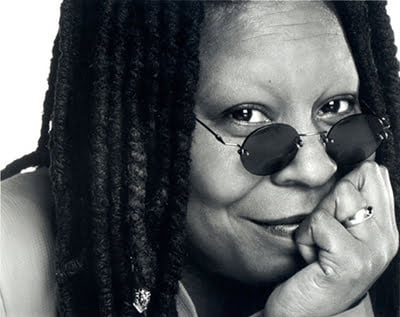 In a move I can only describe as interesting, Whoopi Goldberg has been called up to be the new co-host of ABC’s daytime talk show, The View. Replacing former co-host Rosie O’Donnell, who had a tumultuous run on the show, Goldberg will help kick the show off into its 11th season with co-host Barbara Walters, and panellists Elisabeth Hasselbeck and Joy Behar.

51-year-old Goldberg is a well known comedian and Academy Award winner who starred in the Sister Act films, not to mention The Color Purple. She has already appeared on The View a number of times as a guest host, and seems to have beaten back a number of supposed front-runners for this spot on the show.

With Goldberg joining The View this now only leaves one vacant space that was left by Star Jones Reynolds when she quit/or was fired last June. Media speculation still points to that space being filled by Kathy Griffin, although a number of women appear to be in the running.

The View actually enjoyed some of its best ratings in years last season thanks to O’Donnell and her feud with Donald Trump, not to mention her bickering with Hasselbeck. Ultimately she had planned to leave the show in June of this year, but left early – possibly due to one debate with Hasselbeck over the Iraq war.

The View is a multiple Emmy Award winning program that discusses daily topics with fresh, usually celebrity, guests each week day. Primarily aimed at female viewers, the show is what I’d personally call mildly entertaining, but there’s no question that the last year of antics between O’Donnell and Trump have at least made the show, and it’s trouble with keeping hosts, notable.