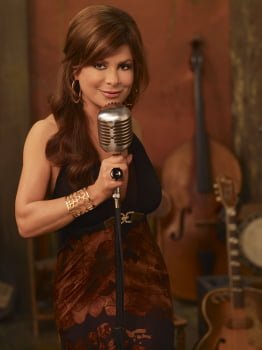 Shut Up and Dance: Fans of American Idol got a minor surprise this month when judge Paula Abdul announced, via Twitter nonetheless, that she would not be returning to the latest season of the show. Reports from across the web suggested that Abdul was being offered a cool $10 million to return to the show, but of course that’s nothing next to what Fox was reportedly paying judge Simon Cowell, or even host Ryan Seacrest.

The talk of the web over the weekend was where Abdul will go next, and it looks like the answer is back to dancing.

As a former cheerleader, dancer, and choreographer, she might be considered an ideal candidate for shows like So You Think You Can Dance, or Dancing with the Stars, and news reports from Reuters and the BBC suggest both are a possibility.

Reuters had a news story that said Abdul was being considered for Dancing with the Stars, with ABC entertainment president Steve McPherson quoted as saying, “We would love to have her on Dancing either as a participant or a contestant.”

While BBC reported that Nigel Lythgoe, the executive producer of So You Think You Can Dance, wanted Abdul to be a judge on the show.

Over on American Idol, former Spice Girl Victoria Beckham was a guest judge for the Denver, Colorado auditions, and Katy Perry is expected to make an appearance as well while Fox finds a permanent replacement for Abdul.

A new judge is expected to be chosen before January, when the show returns to the air.

Film Legend: With the passing of celebrated 80s figure John Hughs last week, there has been an outpouring of emotion from fans and those of us who grew up watching his movies.

As a writer and director, Hughes helped define the era with his comical but clever accounts of teenage life. It is hard to imagine better time capsules for the decade than Sixteen Candles, The Breakfast Club, Pretty in Pink, or my personal favorite, Ferris Bueller’s Day Off.

On top of that, Hughes contributed numerous endearing comedies over the years, including Career Opportunities, Planes, Trains & Automobiles, and the Christmas hits, Home Alone, Miracle on 34th Street, and National Lampoon’s Christmas Vacation.

Most remarkably, Hughes’ memory seems to have touched a wide range of people, across the spectrum of interests. It’s safe to say that there will be numerous tributes in the coming months, paying homage to one of the most memorable pop-culture filmmakers of the 80s and 90s.

G.I. Joe Reviews: Over the weekend, Paramount Pictures’ G.I. Joe: The Rise of Cobra took an unsurprising lead at the box office, selling an estimated $56.2 million in tickets across North America.

Based on the toy brand of the same name, and the 80s cartoon, the film cost an estimated $175 million to make, so that debut represents a respectable, but less than mind-blowing opening weekend.

Considering Paramount did not screen the film for the media, something studios usually reserve for the worst of films, things didn’t look good going into the weekend. Paramount chose instead to screen the film for a select number of genre-specific critics, mainly from popular American websites.

Now that mainstream critics have had a chance to see the film, the reviews are coming in, and the majority are giving G.I. Joe very poor reviews indeed. The “Cream of the Crop” at RottenTomatoes.com have rated the film 31% rotten, while collected reviews at MetaCritic.com came in at just 32%.

If you want to read a very to-the-point review of the film, read Roger Ebert’s review here.

Halo Movie Update: Lastly, if you want to believe the rumours, there may still be hope for a movie based on Microsoft’s Halo franchise, and the word on the web is that Steven Spielberg is interested in producing the film.

The buzz all started over at IESB.net, which suggests it has an unnamed source close to the action.

According to the website writer Stuart Beattie has written a script called Halo: The Fall of Reach, and upon seeing it, Spielberg wants to be involved.

This comes just a short time after many thought the Halo film project was dead, thanks to things falling apart between producer Peter Jackson, director Neil Blomkamp, and the studios. If this story is to be believed though, the project would move over to Dreamworks, and the film would be distributed through the new deal they inked with Walt Disney Pictures.

Looking at this positively, it’s great news for gaming fans, and it could open up doors to Neil Blomkamp being brought back on board to direct the film (frankly, his film District 9, which opens this Friday, makes for a fantastic springboard for him to be involved again).

It also sounds like the script is an intriguing look at the game franchise, and would start with Master Chief being “conscripted” at the age of six, and then follow him through three films, Halo: Rise of the Flood, and Halo: Battle For Earth.

I also can’t help but think that Halo could be the first great game adaptation, since we have as yet to see one of those on screen.

However I can’t help but point out the problems here. First of all, Spielberg being involved just means the film will look good. He produced Transformers: Revenge of the Fallen, a film that was great to look at, but a total waste of time.

Secondly, Stuart Beattie wrote G.I. Joe: The Rise of Cobra, which, as I previously noted, is getting terrible reviews. He also wrote the screenplays for Australia, and 30 Days of Night, two other films I’m not sure I would recommend.

While the success of this project will ultimately rest in the hands of the director, I hope that if this project does move ahead, they choose the higher ground and make a film that actually does the franchise justice.