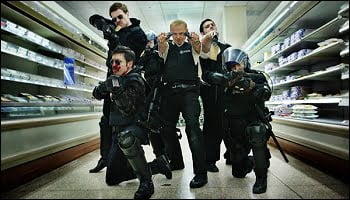 Once there, Angel is teamed up with overeager police officer Danny Butterman (Nick Frost), who keeps hoping for the life of action that he’s always seen in the movies. Under the amiable supervision of Police Chief Frank Butterman (Jim Broadbent), Angel quickly becomes bored and annoyed with the quiet life.

Of course, Sandford turns out to be a town with a few secrets and when all hell breaks loose, no one is happier than Angel and Butterman. 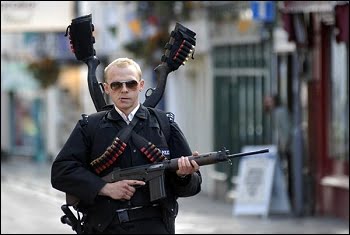 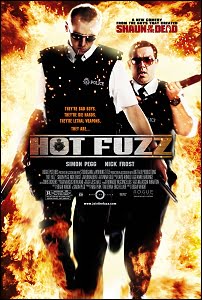 Check out the trailer:

Hot Fuzz opens in theatres on April 20. Check out www.hotfuzz.com for more on the film.