New Xbox 360 prices for the holidays 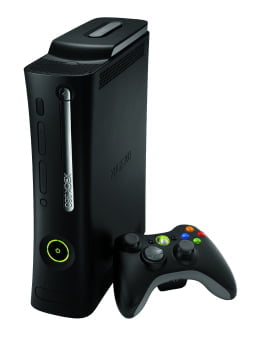 The holidays are getting close and both Microsoft and Sony are doing their best to put one of their consoles in your living room.

In mid-August Sony dropped the price of their PlayStation 3 console to $299, while also offering a sleek new design that cut the chunky console down by a third.

Then, near the end of August, Microsoft stepped up with an offer of their own. Although the deal was marked with a “while supplies last” addendum, the Xbox 360 Pro console is now priced at $279 in Canada, while the Xbox 360 Elite Bundle, which comes with a copy of Halo 3 and a wireless network adapter, is now priced at $329. Should that bundle sell out though, you can also pick up Xbox 360 Elite console on its own from now on for $329.

For some, it might also be worth mentioning that the Xbox 360 Arcade console, which is the most basic model available and comes with just enough memory to save your game progress, retails for $229.

The Xbox 360 is possibly most popular because it offers the best online gaming experience available with the Xbox Live service. With a range of features, including a unique avatar system, downloadable games and movies, the Xbox is also about to get a boost from some big social connections, including access to Facebook, Twitter, and Last.fm, all through the console.