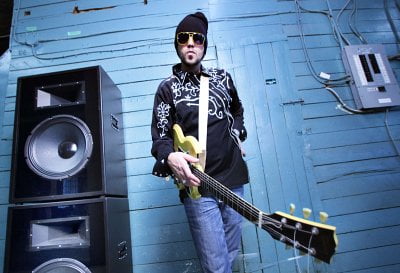 Hawksley Workman is planning a very happy New Year. The Juno Award winner, who already has 12 albums to his credit, plans to release two albums in 2010, while kicking off an extensive cross-Canada tour starting in March.

Debuting the first album, titled Milk, with singles that will be released unconventionally over five months, Workman will then release a second album, titled Meat, on January 19.

Thanks to the fine folks over at his label, Six-Shooter Records, The GATE is very pleased to offer the first three songs from Workman’s new albums. Tickets are also already on sale for his upcoming tour, which hits Toronto’s Massey Hall on April 24.

Playlist:
“We’ll Make Time (Even When There Ain’t No Time)”


“The Ground We Stand On”