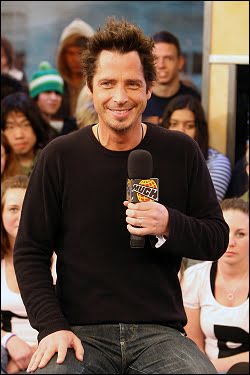 Chris Cornell stopped by MuchMoreMusic yesterday evening, Friday, April 13, for a [email protected] special where the former Soundgarden frontman performed and answered questions from his fans. Cornell was in town promoting his new solo album Carry On, which hits store shelves on June 5, and is appropriately enough his 13th studio album.

Cornell started recording the new album last fall with producer Steve Lillywhite and the first single will be “No Such Thing”.

For the last six years Cornell had been with the band Audioslave, but he announced earlier this year that he would be leaving the group. Cornell also had a huge hit last year with the single “You Know My Name” which was released for the James Bond film Casino Royale. 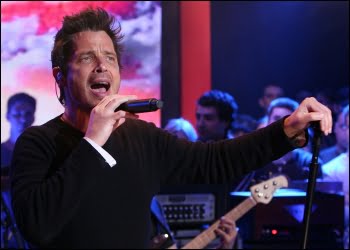