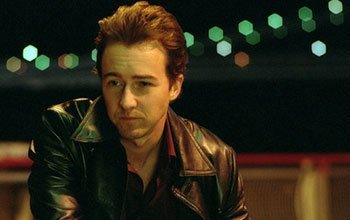 While the first film did reasonably well, pulling in $242 million worldwide at the box office, the film was considered a bit too serious for many comic book fans. In light of that it seems that the film’s producers have promised a much more exciting film that will be truer to the comic book. Writing the script for the latest film is Zak Penn, who wrote the screenplays for the X-Men sequels.

Taking over the visual effects for the sequel will be Rhythm & Hues Studios, the company responsible for the character animation in The Chronicles of Narnia: The Lion, the Witch and the Wardrobe.

Originally the part of Bruce Banner was played by Eric Bana in the 2003 comic book adaptation, but it was reported that Bana decided not to return for the sequel.

Set to film in Toronto this summer with director Louis Leterrier at the helm, The Incredible Hulk is just one of many Marvel comic books getting the sequel treatment. At the top of the list is this Summer’s box office heir apparent, Spider-Man 3 which makes its way to theatres on May 3. Other comic book sequels headed to screens in the not too distant future include Fantastic Four: Rise of the Silver Surfer, The Dark Knight, Iron Man, and Sin City 2.

Universal Pictures plans to release The Incredible Hulk on June 13, 2008.

Photo of Edward Norton in The 25th Hour courtesy of Touchstone Pictures.