Robert Redford on independent films at the Sundance Film Festival 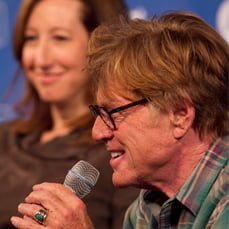 “It’s always been hard for independent film, always,” Redford said in the interview. “A movie that costs over $100 million will maybe spend $40 million just to promote it for one weekend–an independent film can’t afford that, so it has to rely on other means–the [Sundance] festival is one of them.”