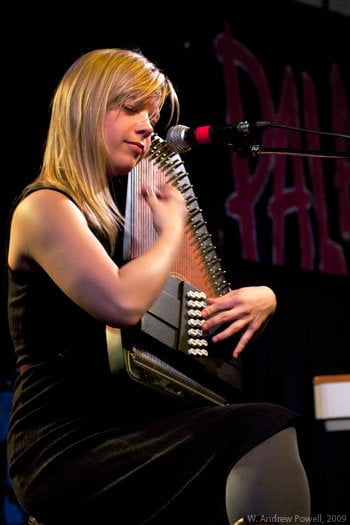 Basia Bulat, The Planet Smashers, Bedouin Soundclash, and Justin Rutledge: these are just a few of the artists who will help kick off Juno Week festivities in Toronto as JunoFest lands on some of the city’s best concert stages on Friday, March 25, and Saturday, March 26.

With more than 100 artists expected to perform at venues across downtown Toronto, the mini-festival will bring together a range of artists to venues like Lee’s Palace, the Mod Club, The Gladstone Hotel, and of course, the Horseshoe Tavern, all to promote great Canadian music for this year’s 2011 Juno Awards, which celebrates its 40th anniversary.

Eighteen artists are confirmed so far, and more will be announced in the next month.

JunoFest wristbands are $30 each and give you access to all of the JunoFest shows, as long as space permits. Otheriwse you can pick up individual tickets for $17.50. Head over to www.junofest.ca for more information, including show times.

A select number of shows will go on sale this Thursday, February 10 through Ticketmaster, or in person at the Horseshoe Tavern, Soundscapes, and Rotate This. Those shows include: