First trailer for ‘Conan The Barbarian’ 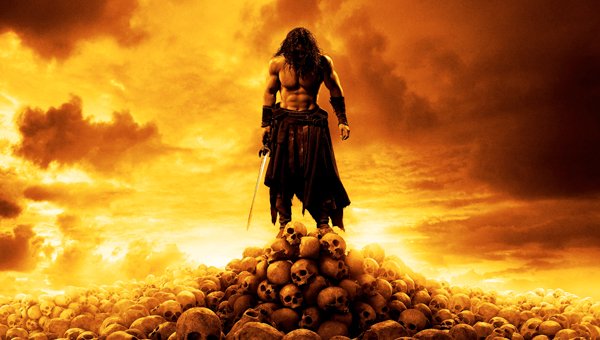 Lionsgate Films has released the first trailer for their anticipated remake of Conan The Barbarian, starring Jason Momoa as the one-and-only no-holds-barred warrior.

Conan The Barbarian is set for 3D release in August 2011 and was directed by Marcus Nispel, who previously remade Friday the 13th in 2009.

A quest that begins as a personal vendetta for the fierce Cimmerian warrior soon turns into an epic battle against hulking rivals, horrific monsters, and impossible odds, as Conan realizes he is the only hope of saving the great nations of Hyboria from an encroaching reign of supernatural evil.

Adapted from the original works of Robert E. Howard and faithful to the mythology and psychology of his iconic character, Conan The Barbarian stars Jason Momoa, Rachel Nichols, Stephen Lang, Ron Perlman and Rose McGowan, and is directed by Marcus Nispel.